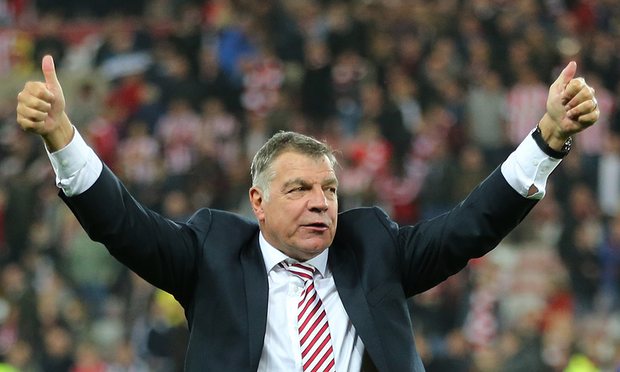 Sunderland manager Sam Allardyce has been interviewed for the vacant England managers job.

Allardyce was spotted leaving the home of David Gill, one of the men charged with appointing the new England boss.

Sunderland have since released a statement confirming the FA’s approach.

The Football Association contacted Sunderland AFC to seek permission to speak with our manager as part of what was supposed to be a confidential discussion process with potential candidates for the position of England manager.
At Sam Allardyce’s request, we agreed to this.
Sam is very much key to our plans. After what was an extremely challenging season, we are keen to see a period of stability, both on and off the field, and we want him to remain as manager of our football club.
The ongoing speculation over Sam’s position is extremely damaging to Sunderland AFC, particularly at this crucial time of the season and we urge the FA to respect the disruption that this process is causing and bring about a swift resolution to the matter.

Sam Allardyce is now the bookmakers favourite to take the job.