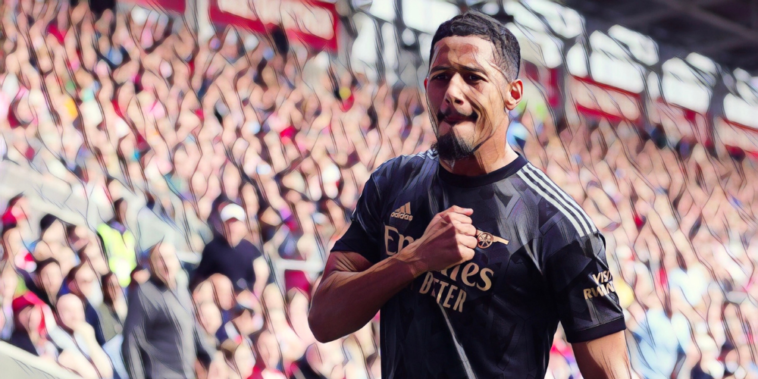 William Saliba is targeting a place in France’s World Cup team following a brilliant start to the season at Arsenal.

Saliba has impressed since returning to Arsenal from a season-long loan spell at Marseille, with the centre-back having started each of the Gunners’ seven Premier League fixtures so far this season.

The 21-year-old has scored twice for the Premier League leaders, who have won six of those games to take an early lead at the top of the table.

Saliba’s performances have not gone unnoticed in France and he has been included in Les Bleus’ squad for their upcoming Nations League fixtures against Austria and Denmark, where he will hope to add to his five senior caps.

The Arsenal defender faces strong competition for a place in the world champion’s squad, with the likes of Raphael Varane, Jules Kounde and Dayot Upamecano among a strong depth of centre-back options for Didier Deschamps.

Saliba, however, is hoping his form can be enough to earn a place in the starting side as France look to defend the World Cup in Qatar.

France will face Denmark, Australia and Tunisia in Group D at the World Cup.