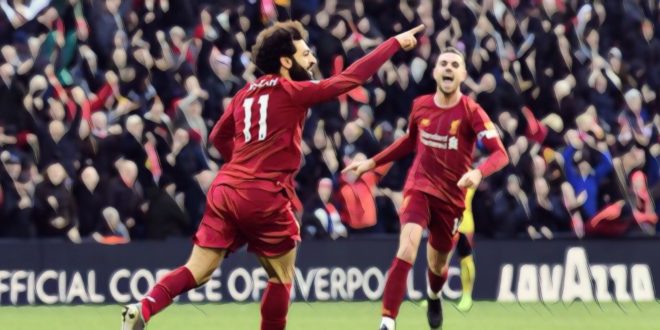 Jurgen Klopp’s side started brightly, but the visitors looked a lot more well drilled in defence under new boss Nigel Pearson, and the Liverpool struggled to create much in the way of clear cut chances.

Watford would grow into the game and Abdoulaye Doucoure had a great chance to score from 10 yards out, but scuffed his shot badly.

The Hornets would be made to pay almost straight away with Liverpool breaking forward and Mo Salah finishing brilliantly after being played through by Sadio Mane.

It turned out to be an open second period with Alisson making a couple of smart stops to stop Watford equalizing, and Liverpool had a Mane header ruled out by VAR.

Salah would seal the points in style late on, the Reds attacker finishing with an audacious flick from close range.

Out scored both of them mainly as a winger with fewer games, put some respect on the Egyptian king. 🇪🇬👑 pic.twitter.com/ARJE5J2wEH

Speaking after the game matchwinner Salah said he reckons the Reds experience of winning games was crucial in his side coming away with yet another three points.

‘It was a great pass for the first goal,” Salah told BT Sport.

”We played a tough team today – the way they played, they should not be where they are in the table.

”We have experience in playing out games, I think sometimes the crowd gets nervous when we have only scored once but we are always confident of working towards the win.”

Next up for Liverpool is two games in two days next week, with a youth team set to face Aston Villa in the Carabao Cup and the first-team travel to Qatar bidding to become Club World Cup Champions.