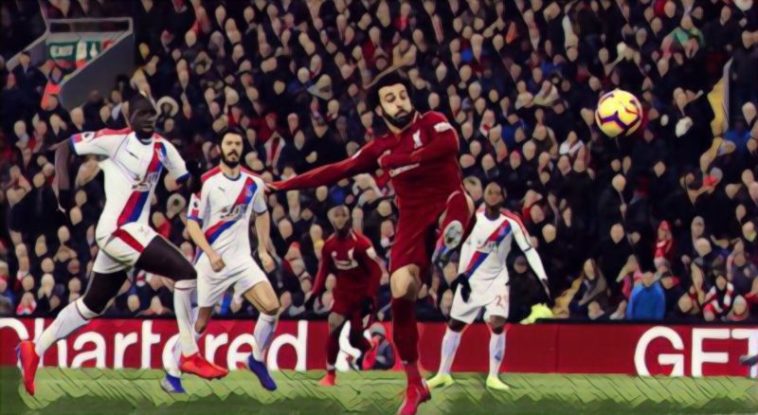 Liverpool’s Mohamed Salah maintained that the most important thing was getting the three points against Crystal Palace after an end-to-end battle which ended up in a 4-3 win for The Reds.

The home side struggled to cope with Palace at times and James Milner, in particular, had a very tough afternoon against Wilfried Zaha. Milner was filling in at right-back for the injured Trent Alexander-Arnold and two clumsy challenges saw him receive his marching orders late in the game.

Egyptian forward Salah continued his excellent goalscoring form by netting a double, and although it was a difficult game for the Reds he felt his side deserved the win.

“Honestly we expected a difficult game but they played well and they were compact in front of the box. In the end, the most important thing is the result, conceding three goals is hard but we need to accept that and live with it.’’ Salah told Sky Sports.

“We have to be strong mentally. This is a tough time for us and we have to talk and be strong. We played well today and deserved the game.”

Liverpool moved back seven points clear of Manchester City at the top of the table with Pep Guardiola’s side due to play at Huddersfield Town on Sunday.