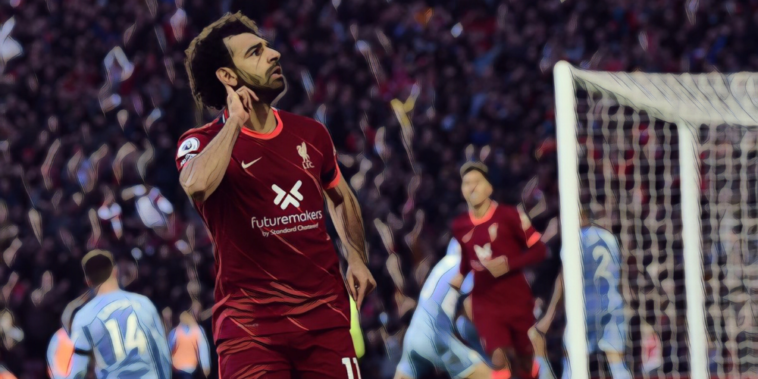 The agent of Mohamed Salah is set for talks over a new contract with Liverpool, amid the forward’s recent stellar run of form.

The Egypt international has started the season in blistering fashion, having already netted seven goals in just eight league games, while he’s also contributed a further four assists to help keep the Reds in the mix at the top of the table.

His latest performance was perhaps his best yet as he ran riot against a woeful Watford side on Saturday, first setting up Sadio Mane with an outrageous through ball to open the scoring, before capping a fine afternoon’s work with a wonder goal after weaving his way through a sea of bodies.

That stunning strike was similar to the goal he scored in the thrilling 2-2 draw with Manchester City two weeks ago, with such displays arguably cementing his status as the best player in the Premier League, if not in the world.

This recent consistent run for the 29-year-old has also come amid continued speculation regarding his future at Anfield, with just under two years remaining on his existing deal.

According to the Mirror, his agent, Ramy Abbas Issa, flew into Liverpool on Saturday to reportedly discuss a potential extension and a bumper new deal for his client.

The report suggests that both Salah and his agent are keen to secure a deal worth in the region of £500,000-a-week to make him the best-paid player at the club and put him on par with the likes of Manchester United’s Cristiano Ronaldo as recognition for his stunning form.

The problem, however, is that the two parties are still ‘well apart’ in their early negotiations, with the Merseyside club likely wary of breaking their current wage structure to hand their talisman a vastly improved deal.

The club have recently handed extensions to the likes of Fabinho, Alisson, Trent Alexander-Arnold, Andy Robertson, Jordan Henderson and Virgil Van Dijk, albeit with Salah’s wage demands set to be way beyond that of his teammates’ current earnings.