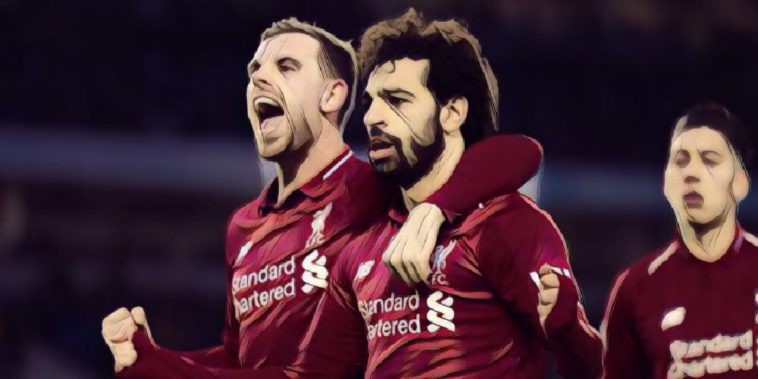 Mohamed Salah has admitted that the upcoming week could be a season-defining one for Liverpool as they hope to finally get their hands on the Premier League title.

Having recently enjoyed a 10 day hiatus from competitive football due to their early FA Cup exit, Liverpool now return to Premier League action sitting in second in the table behind reigning champions Man City, although they do have a game in hand.

However, that game in hand will not be an easy one, as they travel to the home of their most fierce rivals, Manchester United, who have been in resurgent form under Ole Gunnar Solskjaer, winning 11 of the 13 games under the Norwegian’s management.

Conversely, Liverpool‘s form has taken a dip of late, with Jurgen Klopp’s men winning just three of their last eight games in all competitions.

Following this Sunday’s trip to Old Trafford, Jurgen Klopp’s men host Watford on Wednesday night, before taking the short trip across Stanley Park to face Merseyside rivals Everton, who, like Man Utd, will be wanting to severely damage the Reds’ title chances.

Speaking ahead of this weekend’s game against the Red Devils, Liverpool’s 17 goal Egyptian forward Mohamed Salah has urged his side to win all three games in what is a ‘very big week’ in the title race.

“It is a very big week for us,” Salah told Sky Sports pundit in an interview with Anfield legend, Jamie Carragher.

“And if we win three games and are top of the table, that is huge for us. When you have three games in a week or ten days, you just need to win, win, win, then after that you have time to think.

“Even when we are not top of the league, I know how much United want to win against Liverpool and Everton the same. For me it is not a big deal. We just need to do what we have been doing for the last couple of months.”

REMEMBER: You can follow all of the action from every Premier League game in The Football Faithful’s live centre.