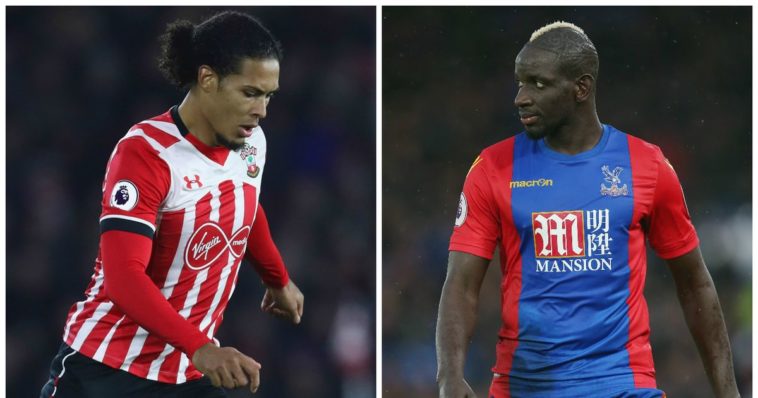 As Liverpool edge closer to key target Virgil van Dijk, could Mamadou Sakho increase their chances of landing the Dutchman?

Liverpool’s pursuit of Virgil van Dijk feels never ending with a new twist to the saga almost every day. The latest twist came as Sky Sports reported that a source close to van Dijk expects the Saints man to be a Liverpool player by the end of the transfer window.

This comes just a day after Southampton left van Dijk out of their training camp squad in France. Furthermore, van Dijk told Saints boss Pellegrino that ‘he is not available to play and wants to leave’ just days earlier. Ultimately Pellegrino told van Dijk to train alone according to the Guardian.

Until last week Southampton had appeared adamant that van Dijk would be staying at St Mary’s. However, the Dutchman’s latest actions have complicated things. It still remains that Southampton wants to keep hold of van Dijk but the centre back’s frustrations may weaken their resolve.

The recent influx of money in to the Premier League from sponsors and TV deals means that even the smallest of clubs now has no reason to sell key players. The result of all this wealth means that should another club approach a key player it is perfectly understandable to ask for excessive transfer fees.

Southampton, for example, thought that slapping a £75m price tag on van Dijk would deter potential suitors. However, Liverpool appeared unfazed by that and continued their pursuit knowing that they have the financial firepower to meet such demands.

There have been multiple examples of this financial frenzy throughout the Premier League this summer. The most high profile of which has to be Manchester United’s staggering £90m acquisition of Romelu Lukaku. United’s bitter rivals Manchester City are also in on the act, recently splashing £50m on Kyle Walker and £52m on Benjamin Mendy.

As well as that, Everton have splashed the cash on players from significantly smaller teams. Recently relegated Pickford cost £30m, Michael Keane cost £30m and they are in talks to sign £50m rated Sigurdsson from Swansea. The Toffee’s numerous big money signings may have pushed them in to the elite bracket of clubs. 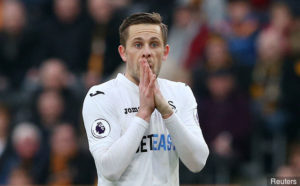 The influx of money in to the Premier League means that smaller clubs no longer are forced in to selling key players for large sums to stay afloat. In the past, teams in the bottom half of the Premier League were forced to accept enormous transfer bids to balance the books.

The outcome of this financial merry-go-round is that players like Virgil van Dijk no longer have a recognised transfer value. Southampton are prepared to reject any approach for the player. The only thing that can change this is the player’s desire to leave.

This means that van Dijk’s admittance that he wants to leave is all the more important. The ball is now in Liverpool’s court as Southampton become more willing to sell a player that is not committed to giving his all for the club.

Whilst Southampton may be more willing to sell Virgil van Dijk than they were previously they are yet to concede that he can leave. Therefore Liverpool still has some work to do to convince Southampton that it is in their interests to sell an unhappy player.

One of Liverpool’s greatest bargaining chips could be Mamadou Sakho. The Frenchman is unhappy at his current club, like van Dijk. He is also a left-sided centre back that is proven in the Premier League, also like van Dijk.

Therefore there could be a situation whereby Liverpool use Mamadou Sakho as a makeweight to land van Dijk. For example, with van Dijk valued at £75m by Southampton and Sakho valued at £30m by Liverpool it is not impossible to think that a player-plus-cash deal could be possible. 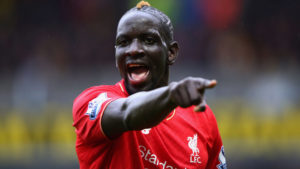 A potential deal could be struck between the two clubs of £45m plus Mamadou Sakho for Virgil van Dijk. This deal would appear to make sense for all parties.

Firstly, Liverpool land their main target in van Dijk whilst also shipping out an unwanted player in Sakho. Secondly, Southampton receives a perfect replacement for van Dijk as well as £45m. Lastly, Liverpool free up cash to be used in the Naby Keita deal by paying a reduced fee for van Dijk.

As mentioned earlier, it is more expensive than ever to purchase players from other Premier League clubs. This means that clubs either have to stump up the hefty transfer fee or chance their arm purchasing players from abroad.

This may be the point that tips the balance in Liverpool’s favour and finally convinces Southampton to sell.

Up until now Southampton has been happy to keep van Dijk as they don’t need the money and they don’t want to weaken their team. However, van Dijk then admitted he wanted to leave which frustrated Southampton but it is something they could work with. Despite that, if they are unable to change van Dijk’s mind their best option may be to swap him for a proven Premier League centre back.

One of Southampton’s main reasons for wanting to keep van Dijk is that losing him would significantly hurt the team. However Liverpool could offer them a chance to offload an unhappy van Dijk for a proven player in Sakho.

Whilst Sakho may not be the quality of van Dijk he still proved himself a capable defender at Liverpool and shone at Crystal Palace. It shouldn’t be forgotten as well that this is a Sakho fighting to prove his worth.

Overall, it seems unlikely that van Dijk will come round to the idea of staying at Southampton and the Saint’s best option may be to accept a player-plus-cash deal with Liverpool.