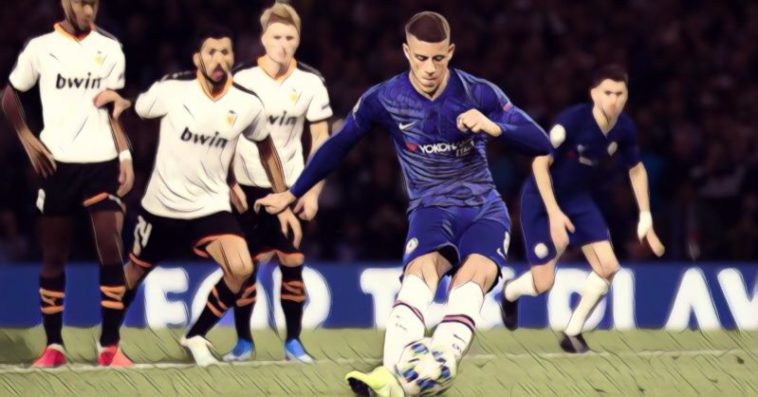 The England international spurned a late opportunity to equalise for Lampard’s side from the spot as they lost 1-0 to the Spanish side at Stamford Bridge, the 25-year-old’s poor effort clipping the crossbar on its way over.

Substitute Barkley had insisted on taking the penalty despite the presence of Willian and Jorginho – who scored in the UEFA Super Cup defeat to Liverpool – with both players having staked their claim to take the kick in a chaotic scene.

Barkley eventually took the kick after conversations with both players, captain Cesar Azplicueta and forward Tammy Abraham, though the midfielder’s miss almost seemed inevitable after the prolonged discussion on who would take responsibility.

When you win, everybody wins.

When you lose, everyone loses.

The scenes mirrored those at Manchester United earlier this season, when Paul Pogba missed from the spot at Wolves after insisting on taking a penalty ahead of designated taker Marcus Rashford.

However, unlike Ole Gunnar Solskjaer who said both Pogba and Rashford would both be on penalty duties this season, Lampard has backed Barkley and insists the former Everton star will be Chelsea‘s designated spot-kick taker whenever he is on the pitch.

“Ross is the penalty taker,” Lampard told said in his post-match press conference.

“He’s scored a couple in pre-season and he’s been the taker whenever he’s started or come on in games.

“I don’t know what the conversation was but Willian and Jorginho were the penalty takers from the start and Ross was once he came on.”