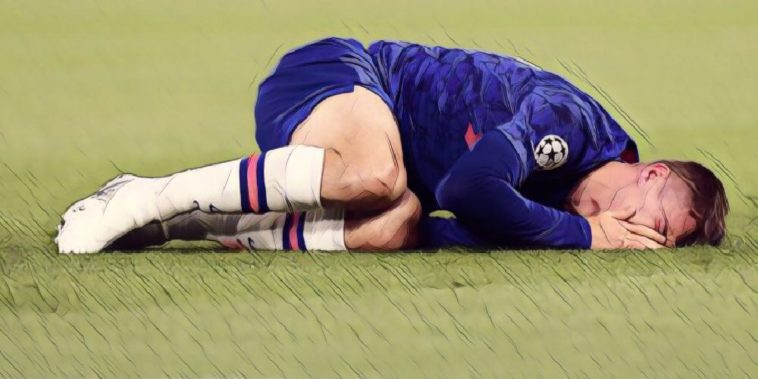 Chelsea manager Frank Lampard admits that the club is facing an anxious wait over the extent of Mason Mount’s ankle injury.

The England international was substituted early on during Chelsea’s 1-0 Champions League defeat to Valencia at Stamford Bridge, having sustained the problem following a poor challenge from former Arsenal midfielder Francis Coquelin.

Chelsea are currently awaiting the results of a scan following the injury, though a prolonged period on the sidelines will come as a huge blow to both club and player with Mount having begun the new season in fine form.

How on earth is that not a red card 🤭

The 20-year-old has scored three goals in his first five Premier League appearances this season, and Lampard admits the injury is ‘a shame’ for the youngster who has impressed since being handed an opportunity this season.

“We have to assess it over the next 24-48 hours to see the scale of the injury,” said Lampard in his post-match press conference.

“We don’t know how bad it is. It is an ankle injury and it is a shame. He’s been playing so well and he started well tonight.”

‘We shouldn’t lose this game’ – Lampard reacts to Valencia defeat

Listen to our latest Podcast: The Travelling Circus That Is Arsenal FC