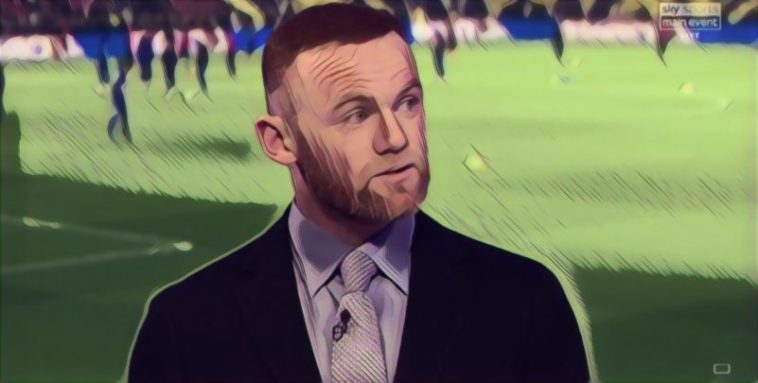 Wayne Rooney has said he ‘wouldn’t be surprised’ if it took all year to eventually complete the 2019/20 season amid the continuing global coronavirus pandemic, while urging authorities not to play games behind closed doors.

It may feel like a lifetime, but it has only been two weeks since English football ground to a halt, initially being suspended until April 3rd, before being further put back until April 30th, though even that date looks highly unlikely.

While we are all acutely aware of the severity of the situation, it still doesn’t stop football fans from wondering when our beloved game will return, with the FA having outlined their desire to complete the current campaign rather than completely scrapping what has gone before.

With Euro 2020 having been put back until next summer, a report in the Telegraph today claims that the Premier League are tentatively looking at June 1st as a date to get the action back underway, completing the domestic season behind closed doors within six weeks.

However, former England and Manchester United captain Wayne Rooney thinks that the season should only be restarted when it’s safe for fans to attend, even if takes until the end of the calendar year to get the season finished.

The Premier League has a ‘tentative plan’ to return on June 1st with games played behind closed doors, according to @TeleFootball pic.twitter.com/EoUfvo4OAm

“The world is facing something serious and we in football should not be different from the rest of the population,” Rooney wrote in his column in the Times.

“Football is what everybody — especially in Britain — wakes up thinking about, but it has to take a back seat. This crisis is so much bigger than our game.

“The one thing missing from all the announcements last week was the FA ruling that every club should keep their players at home and not put anyone at risk, instead of leaving it to individual clubs to decide. I’d like to have seen that.

“But otherwise we now know where we’re going. The FA helped to clarify that the league season will finish and that is fair.”

“When you play behind closed doors it still means bringing together a fairly large group of people. You need ambulances, doctors, paramedics. They’re mandatory. Police may be needed too. Why bring them all to a football match when in this crisis they will be needed elsewhere for things that are far more important?

“I wouldn’t be comfortable playing a game knowing there were people dying or very sick because of coronavirus and we’re taking those workers away from the front line.”