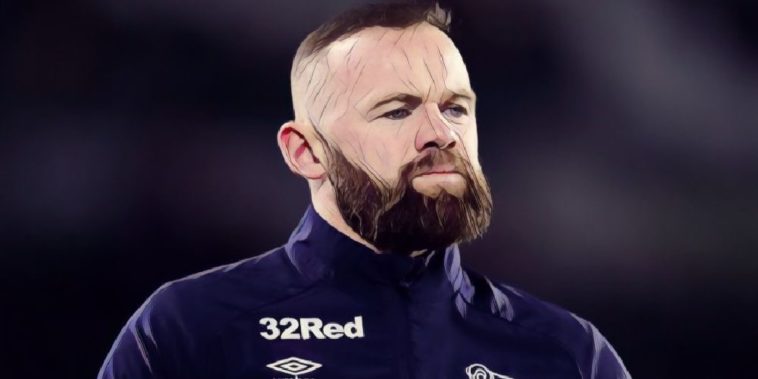 Wayne Rooney has labelled this weeks events surrounding footballers and their wages as a ‘disgrace’, saying that a 30 per cent wage cut shouldn’t be agreed unilaterally.

There has been plenty of talk about football’s finances this week, with a number of Premier League clubs controversially placing their non-playing staff on furlough, despite their record revenues and the presence of their often billionaire owners.

On Saturday, the union representing footballers in England, the PFA, held discussions regarding a potential 30 per cent wage cut across the board for 12 months, saving clubs up to £500 million, though the talks ended without any agreement.

However, Rooney has been keen to point out that ‘not every footballer is the same position,’ while also taking a pop at health secretary, Matt Hancock, for getting involved in the debate after he said footballers should ‘play their part’.

“I’m not every player. I’m 34, I’ve had a long career and I’ve earned well,” Rooney wrote in his weekly column in The Times.

“I’m in a place where I could give something up. Not every footballer is in the same position.

“Yet suddenly the whole profession has been put on the spot with a demand for 30 per cent pay cuts across the board. Why are footballers suddenly the scapegoats?

“How the past few days have played out is a disgrace. First the health secretary, Matt Hancock, in his daily update on coronavirus, said that Premier League players should take a pay cut.

“He was supposed to be giving the nation the latest on the biggest crisis we’ve faced in our lifetimes.

“Why was the pay of footballers even in his head? Was he desperate to divert attention from his government’s handling of this pandemic?”

It is believed that most Premier League footballers are willing to do their part amid the Coronavirus pandemic, with Jordan Henderson having encouraged his fellow professionals to donate a chunk of their salaries to the NHS, a number which would run well into the millions.

However, Rooney – who is renowned for his charity work throughout his career – has pointed out that not every footballer could afford such a significant and enforced reduction as the 30 per cent that is currently being proposed, particularly the younger players in the game.

“I get that players are well paid and could give up money. But this should be getting done on a case-by-case basis. Clubs should be sitting down with each player and explaining what savings it needs to survive. Players would accept that.

“Personally, I’d have no problem with some of us paying more. I don’t think that would cause any dressing room problems.”

“We have one player who lives with his mum on a council estate — not that that matters — who I imagine has responsibility for paying the bills for his whole family,” the former Manchester United striker added.

“He’s a footballer but he’s facing the same circumstances as lots of people in our country today. He’s a youngster and hasn’t had time to build up any security to fall back on. A cut might be fine for me but what about him?

“Remember, players’ careers are short so they have to make investments or have savings, with most facing retirement at 35 but — unlike a previous generation — unable to draw a pension until much later.”