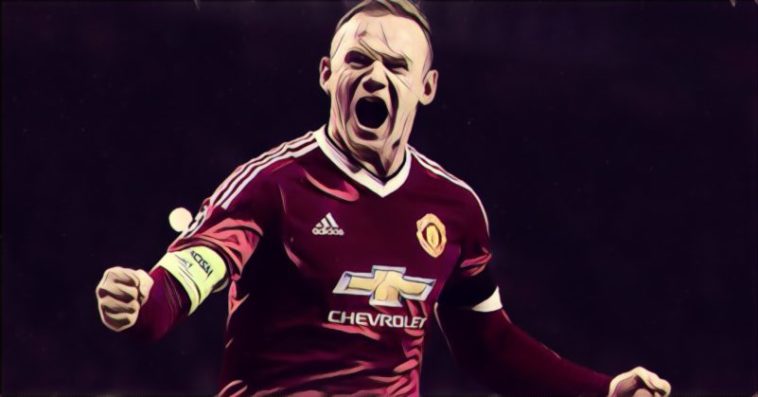 Wayne Rooney has admitted that he misses playing for Manchester United, describing his 13 years at Old Trafford as ‘the highlight’ of his career.

Rooney left Manchester United in the summer of 2017 having seen his role under Jose Mourinho reduced to bit-part player, but he left as the clubs all-time leading record goalscorer with 253 strikes, as well as winning every trophy possibly available to him.

He rejoined his boyhood club Everton in the summer of 2017, but only spent a year back at Goodison Park, before being forced out of the club by owner Farhad Moshiri, who wanted the Blues academy product off the wage bill. He went on to join MLS side DC United, where he rediscovered his goalscoring form, scoring 12 and providing seven assists in just 20 appearances.

Now, he is back in England international fold ahead of his controversial farewell to the national team, and the 33-year-old has revealed he misses being at United.

“Of course you miss it. It was the highlight of my career, playing for Man United and I was there for so long. But it was the right time,” Rooney told a press conference ahead of his final England performance.

“I wasn’t playing, first of all. I have always been a player who wants to play. Obviously I spoke to the manager and it didn’t look like I was going to play, so it was the right decision and the right time for me to go.

“Obviously, you wish, the ideal situation was staying there and finishing your career there, but football changes. Different things happen and things happen for a reason.”

Rooney’s final appearance for the Red Devils came as a late substitute in the clubs Europa League victory over Ajax in Stockholm, but with his MLS commitments now over for the winter, he has revealed that he is already planning on returning to Old Trafford this winter.

“It would have been nice to have done it at Old Trafford,” he added.

“But I have been back there a few times and I will be back over the Christmas period, at a game to watch them.

“I left with great memories. I had a new opportunity to go and play in the United States. I had a great time at United, though, and again I am looking forward to going back and seeing a few of my team-mates, and a few friends from the staff who I have made along the way.

“The fans have been brilliant to me and it will be nice to see a few familiar faces when I go to a game over Christmas.”