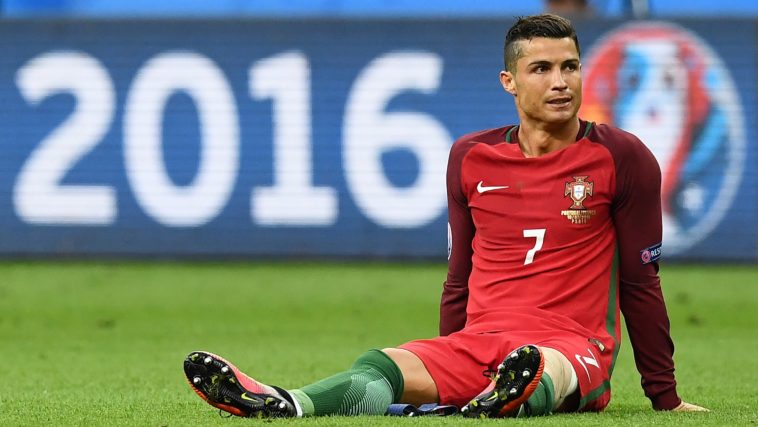 Cristiano Ronaldo is set to miss the start of the season for Real Madrid following the injury sustained during Sunday’s Euro 2016 final.

The Portugal star suffered the injury to his left knee under an early challenge from West Hams Dimitri Payet in the tournaments showpiece finale, and despite three attempts to continue, was unable to complete the match.

Ronaldo is already away on holiday after a rapturous homecoming in Lisbon yesterday, and will give his knee the rest and recovery period it requires.

However, Spanish newspaper Marca claim that the injury will keep the 31-year old out of action for over a month, causing him to miss the start of Real Madrids season.

He is set to miss the UEFA Super Cup fixture against Sevilla on August 9th, which will take place in Trondheim, Norway.

However Zinedine Zidane is not thought to be overly concerned by the news, as he planned to give his talisman a rest anyway.

The Real Madrid striker generally has an excellent injury record, missing only a handful of matches per season, and is expected to be back in action for Los Blancos early into the new campaign.