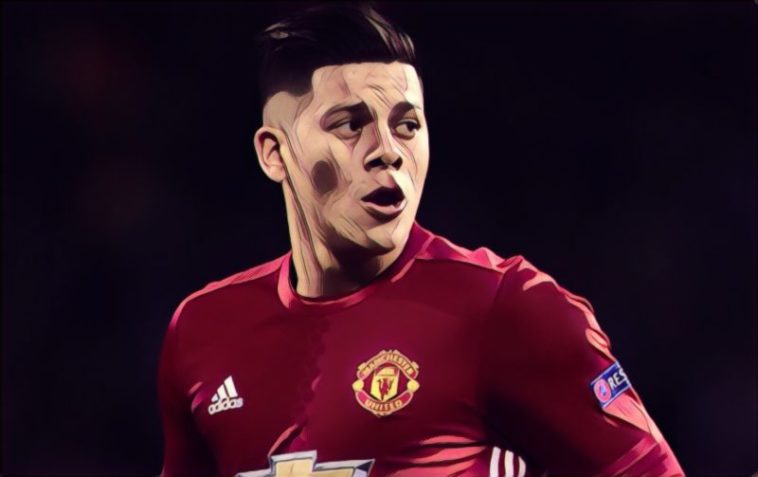 Despite slipping to a disappointing 1-0 loss away to Basle in the Champions League last night, Jose Mourinho will be delighted with the return to form and fitness of defender Marcos Rojo.

The 27-year-old was one of his sides’ best players on the night and showed no signs of rustiness in his first game back since injuring his ACL in the Europa League semi-final against Anderlecht last April.

Rojo joined United from Sporting Lisbon in the summer of 2014 for £16 million, after impressing in Argentina’s run to the World Cup final in Brazil.

He initially struggled to establish himself at Old Trafford and was used mostly as a left-back by former Reds boss Louis Van Gaal.

However, last season after being given an extended run in the team in his favored position of left centre-back the 54 cap Argentina international became an integral part of Jose Mourinho’s United side.

Despite his long lay-off Rojo looked sharp in possession and aggressive in the tackle throughout last nights game in Switzerland.

His ability to play the ball out from the back is a huge asset as it is something other United defenders like Phil Jones and Chris Smalling struggle with. Having a centre-back who is able to step into midfield and pass the ball confidently is particularly important against teams that sit deep.

Mourinho is a huge fan of the talented defender and the Portuguese coach will be delighted that he is now available for selection as the club enter a hectic run of fixtures during December and January.