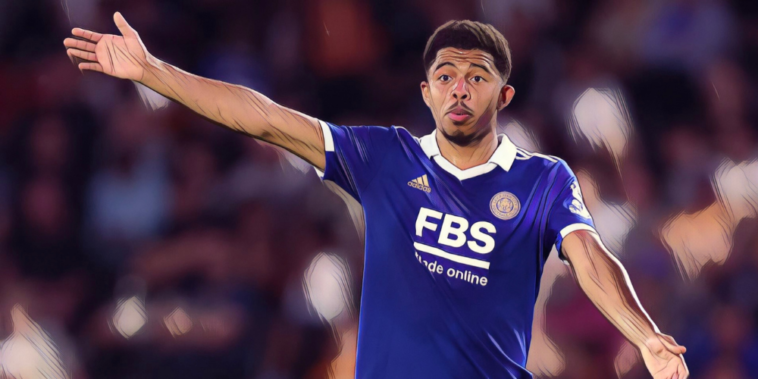 Brendan Rodgers expects Wesley Fofana to remain at Leicester despite interest in the defender from Chelsea.

Leicester have turned down two bids from Chelsea for the centre-back, with the most recent proposal believed to be in the region of £70m.

The Foxes have faced interest in a number of key players from several Premier League rivals, including a bid from Newcastle for midfielder James Maddison.

Rodgers admits the transfer speculation makes it a difficult period for his side with the season underway, but is confident he can keep the squad focused ahead of this weekend’s clash with Southampton.

“There’s no denying it. It’s always a tricky period,” Rodgers told his pre-match press conference. “Your season is starting, you’re trying to get focused, and you spend your summer creating this powerful collective unit, and then there is lots of speculation.

“These are young guys and it’s the first time they have experienced this for some of them. There can be disruption. The idea is to keep the group focused. The minute the window ends, it all ends.”

Rodgers believes Fofana will still be a Leicester player next month and reiterated the club’s stance that the 21-year-old is not for sale.

“The idea is that he’s still very much a Leicester City player,” he said. “I’ve said a number of times that he’s not for sale. The club have made that clear so unless anything changes, I would expect him to be here.”

Rodgers discussed Fofana’s mentality and insisted the Frenchman is ‘fine’ amid the rumours, before praising the defender’s attitude since arriving at the club.

“He’s fine. As you can imagine, with the spotlight on you and the talk around what you can earn at another club, it’s a challenge.

“He’s been brilliant since he arrived here. The club have really stuck by him while he was injured. He’s shown he’s a top young talent. He knows this is an important step for his career.”