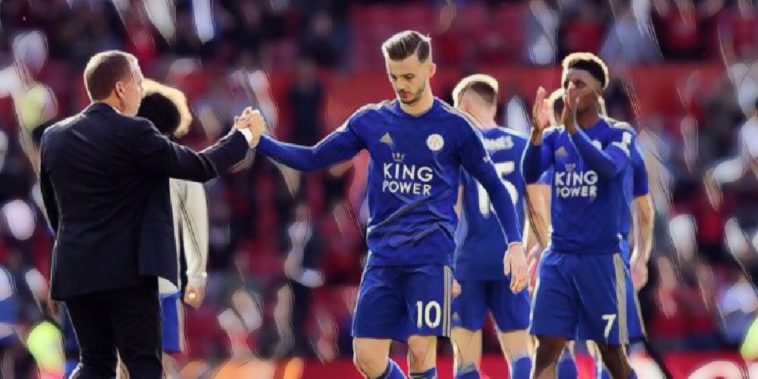 Brendan Rodgers thinks his side were hard done to after they fell to a 1-0 defeat at Old Trafford on Saturday afternoon.

Following Manchester United‘s indifferent start to the season, many pundits were tipping Leicester to continue their decent start to the Premier League campaign, though Marcus Rashford’s first-half penalty turned out to be the difference between the sides in a game lacking in attacking quality.

The Foxes dominated possession at Old Trafford, but found chances limited against a United defence that was well marshalled by former Leicester defender Harry Maguire.

Speaking after the game, Brendan Rodgers thought his side were unlucky to leave the Theatre of Dreams empty-handed.

“I thought we deserved something from the game,” Rodgers told the BBC.

”We didn’t start well but we had a great chance to take the lead. We gave away a soft penalty and that ultimately decided the game. In the second half, we played well and it looked like it was coming but we couldn’t find that last pass.

“We didn’t connect the game through our midfield well enough to serve Jamie [Vardy]. He thrives on that but we were unable to make those passes. We started to get higher up the pitch after the break but nothing really dropped to him. It was a game of few chances for both sides.

“We intended to press the game with those two guys [Hamza Choudhury and Wilfred Ndidi] but when you go a goal down so early on, you have to think about it. We come away from here frustrated which is a good sign, knowing there is improvement in this group of young players.”

Solskjaer not getting carried away with Man Utd win over Leicester