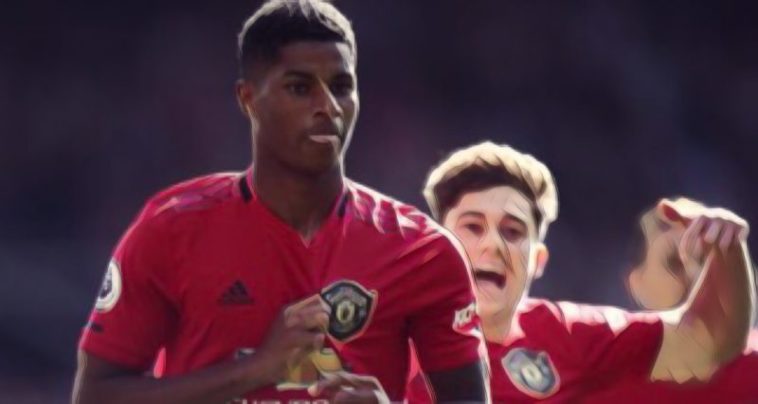 Manchester United got their second win of the season against an in-form Leicester on Saturday afternoon, though Ole Gunnar Solskjaer said ‘let’s not get too excited’.

United went into the game on the back of a disappointing start to the Premier League season, winning one, drawing two and losing the other, and had to cope without a number of first-teamers through injury, with Paul Pogba, Anthony Martial, Jesse Lingard, and Luke Shaw being consigned to the treatment table.

Many pundits were tipping Brendan Rodgers side to inflict more pain on the Old Trafford outfit, though Marcus Rashford’s first-half penalty would prove to be the difference between the two sides after the English forward was felled in the box by Caglar Soyuncu.

Aside from a few chances, it was a game that was bereft of real attacking quality, and speaking after the game, Manchester United boss Ole Gunnar Solskjaer was keen to avoid getting carried away, praising his side’s defence.

“We hung in there,” Solskjaer told BBC Sport. “It was the first time this season where we have had to defend for large periods. We have dominated the other games but today we saw a team that could defend in their own half.

“They are a good side who want to get into the top four. To keep a clean sheet is great but let’s not get too excited because we know we can play better. We defended as a proper team.”

United’s defence today, of course, included centre-back Harry Maguire, who faced his former side for the first time since his £80 million move in the summer. The England international put in a commanding display, shackling his former teammates throughout.

“When you play against strikers like Jamie Vardy, you have to concentrate because if you mistime your run, he is in behind you and I thought Harry did well,” Solskjaer added.