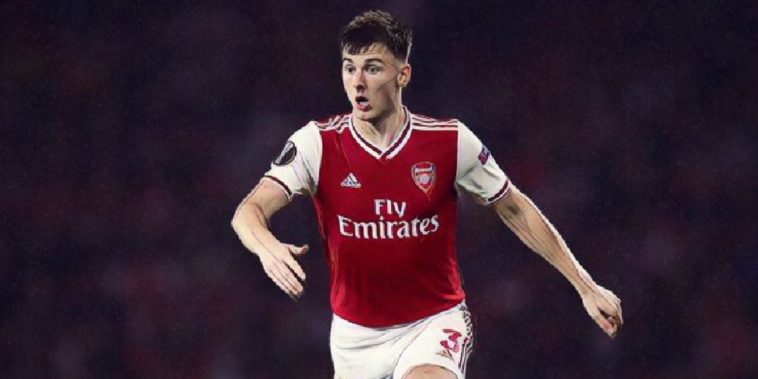 Brendan Rodgers insists Kieran Tierney will ‘improve’ Arsenal but has urged patience as the summer signing adapts to life at the Emirates.

The Scotland international moved to the Premier League in a £25m deal from Celtic during the summer, and has impressed in his initial performances for the club after recovering from a double hernia operation which delayed his start to the season.

Leicester manager Rodgers will be reunited with his former player in Tierney when the two sides meet at the King Power Stadium on Saturday, having coached the full-back at Celtic winning back-to-back domestic trebles together.

Rodgers has lavished praise on the 22-year-old and believes he will become a huge asset to Arsenal, admitting he is looking forward to being reacquainted with a player who he believes has the mentality to succeed at the highest level.

“You could see right away in that first period that he had that will and desire to get to the very top,” Rodgers told The Daily Record.

“He had come through a number of injuries as a younger player but he developed his body over the course of the time I was there. He became a really strong, aggressive, powerful player. He was very robust too given the number of games he played.

“He was unfortunate with a couple of injuries but there was absolutely no doubt about his mentality. He wanted to succeed so it’s absolutely great to see him move to that level.

“On a personal level I’m really looking forward to seeing him again. I’ve exchanged messages with him since he moved to Arsenal and I’ve been looking out for him to see if he’s playing. He’s obviously been unfortunate that he was injured when he signed and there is always that settling in period required.

“So there will always be that communication and I will watch him from afar in the games as I do with all the rest of the players I worked with.

“But, yes, I’m looking forward to seeing him as he has a great smile and he’s a good boy.”

Despite his praise for Tierney, Rodgers has urged patience as the left-back continues to adjust to the demands of English football.

The Northern Irishman referenced the impact of Leicester defender Caglar Sonyuncu so far this season, the Turkish international having impressed after initially taking time to settle in the Premier League.

“It can take time for players to adjust. You can’t just click your fingers and settle into another city, at a different club with new team mates, away from your family. It takes time.

“I’ve got the boy here with me at Leicester, Soyuncu, who had been here for six months before I joined the club. It actually took him a year before he actually got into the team. Now he’s doing very well.

“So Kieran will improve Arsenal with his quality. He’s got a massive heart and once he gets himself fully fit and adjusted to the life there he’s going to be a huge asset for them.

“He’s got leadership qualities – he inspires people around him – and he has that winning mentality from his time growing up at Celtic. He brings that mentality every day to training. He’s one of the best boys I’ve ever worked with in terms of that mentality and it spreads throughout the group.”