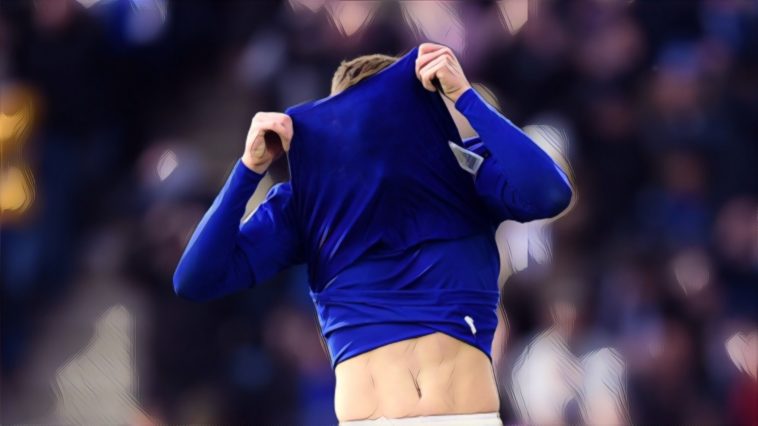 It ended honours even at a blustery King Power Stadium today after top-four hopefuls Leicester City and Chelsea played out a hugely entertaining 2-2 draw.

Chelsea started much the better of the two teams but it was a familiar story for manager Frank Lampard, who was left frustrated as his Blues side once again failed to make the best of some promising situations.

As the half wore on, Brendan Rodgers’ side gradually gained a foothold in the game and the best chance of the opening period fell to the Premier League‘s top scorer Jamie Vardy. However, the Leicester City striker uncharacteristically fired straight at Chelsea ‘keeper Willy Caballero when clean through on goal and the sides would go in at the break all square.

We wouldn’t have to wait long for the deadlock to be broken though, with Chelsea defender Antonio Rudiger rising highest to head home from a corner just a minute into the second period.

Leicester upped their game thereafter, though, and found an equaliser via heavily deflected Harvey Barnes strike, the promising winger notching his fourth goal in his last six appearances.

The Foxes took the lead in the 64th minute left back Ben Chilwell stroking home at the back post from a Youri Tielemans cross. Chelsea hit back just six minutes later, with German international Rudiger once again heading a Mason Mount cross past Foxes ‘keeper Kasper Schmeichel.

Both sides pushed on in hope of finding a winner, but it was Leicester who looked the more likely to score, with Jonny Evans and Barnes both missing gilt-edged chances.

“We’re disappointed not to have won the game. I thought we started both halves slow,” Brendan Rodgers told BBC Match of the Day.

“We should have won having gone 2-1 up. We gifted them two goals really, which we’re disappointed with. Our concentration and organisation wasn’t quick enough in one or two players. But what we did was show a fantastic mentality to come from behind against a really good side with top-level players.

“Against a top team it might be deemed a good result but we should win that game. But they’ve come from a tough game in midweek and battled to get a point.

“These players are still learning and still young and there’s elements we will be better in going forward. It was a great fight today – we worked our way into the game with some real moments of quality and eventually played very well.

“It’s been a long period form December. We’ll go away, come back and get back to being consistent.”

The gap between third place Leicester and fourth place Chelsea remains at eight points, although Lampard’s side are seven clear of Manchester United and Spurs who are level on points below them.

See Also: Six Premier League records that could be equalled or broken this season