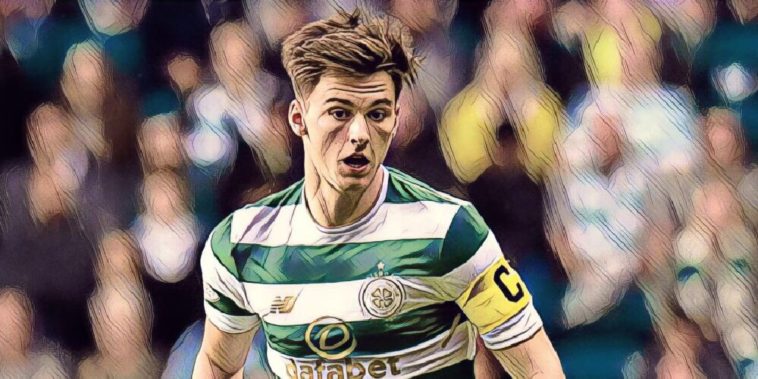 Brendan Rodgers has confirmed that Kieran Tierney will miss tonight’s Europa League clash with Valencia, although Emilio Izaguirre and Jozo Simunovic are available.

Tierney has returned to training after following two months on the sidelines after he suffered a hip injury in Celtic‘s last Europa League outing against RB Salzburg back in December.

However, speaking to the press ahead of tonight’s game at Parkhead, Brendan Rodgers has confirmed that the young Scottish left-back is close to making a return, although tonight’s fixture comes a little too soon for Tierney.

“Kieran Tierney has trained but won’t be available. (Emilio) Izaguirre and (Jozo) Simunovic are fit and available,’’ Rodgers said.

“Yes, we have players missing through injury but we have had throughout the season and we just get on with it, do our work, do our preparation and we prepare to win every game.

“We’re unfortunate that we have injuries but we’ve had a few throughout the season. We just carry on like we have all year.”

Izaguirre has shaken off a nasty looking knock to his ankle sustained in last weeks 2-0 win over Hibs, while Simunovic has recovered from illness.

You can follow all the action from Celtic’s Europa League tie against Valencia in out Live Centre.