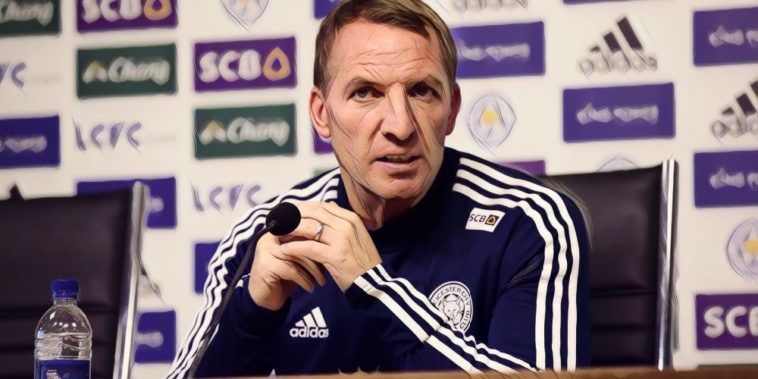 Manchester City manager Guardiola this week spoke out about the congested nature of the English footballing calendar, calling on authorities to ‘eliminate competitions’ to help ease the work-load on Premier League stars – with the scrapping of the League Cup having been suggested.

Leicester boss Rodgers has now echoed the Spaniard’s comments regarding the safety of top-flight players, with the likes of Harry Kane and Marcus Rashford amongst those to have suffered serious injuries in recent weeks following the hectic festive schedule.

The Northern Irishman believes a reduction in quantity would lead to an improved quality of performance on the pitch, and speaking ahead of the Foxes clash with West Ham on Wednesday night, he insisted authorities should consider potential changes to the scheduling to improve player ‘welfare’.

“There’s no doubt that the modern-day player, because the game is quicker, the impact is greater on them,” Rodgers said at his pre-match press conference.

“You want supporters to see quality. Over the busy period, we didn’t have the energy and that takes away some of the quality.

“The players are not robots. Somewhere in the calendar we have to think about them.

“It should be looked at for the welfare for the players, and for the quality of the game.”