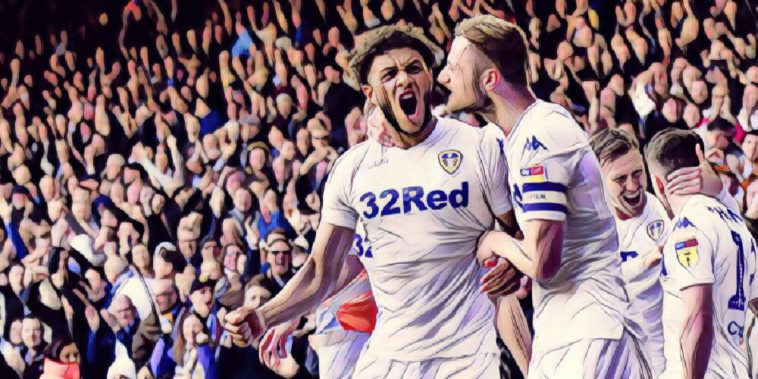 Tyler Roberts has hailed Leeds ‘massive character’ after they twice came from behind to beat Millwall 3-2 at Elland Road.

Pablo Hernandez’s brace and Luke Ayling’s strike handed Marcelo Bielsa’s side a crucial win, moving them above Sheffield United and back into the Championship’s automatic promotion places.

With just seven games remaining Leeds now have promotion firmly in their own hands, and forward Roberts was full of praise for his side after an important win.

“The main thing was getting the three points, but the way we’ve done it has shown again that we have massive character and massive strength in our squad to keep going, no matter how tough it is,” said Roberts.

“We came out and knew what we needed to do in the second half and we were doing it.

“For them to get the penalty was a big blow, but the boys didn’t panic, we stuck to our game plan and it came off in the end.

“The fans all game were amazing, they were still pushing us on, singing and making a lot of noise and it always helps us, there are seven more games now and I hope it will continue to be the same.

“We’ll take the next game as it comes, it is another cup final for us and it is nice for things to be back in our hands, but it doesn’t change anything, we still need to pick up three points and we are still looking to win every game.”

Roberts also spoke about the impact of Pablo Hernandez who netted a brace in the game.

“Pablo is amazing to play alongside, it is nice to have him in the team, I was making runs and he always has the quality to find you.

“It is crazy what he is doing, but he is a special player and he is doing it game after game.”