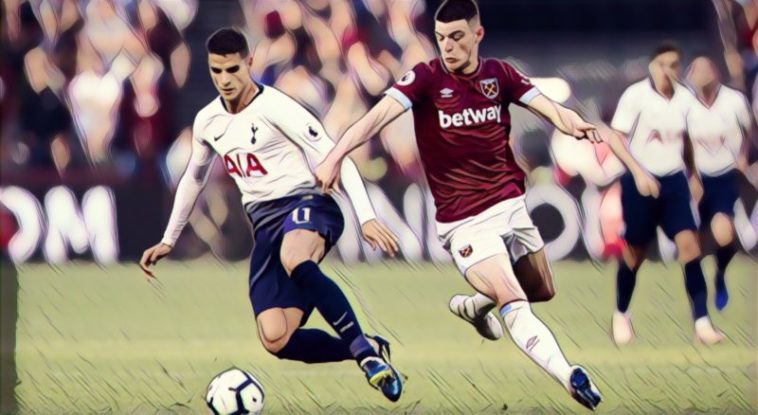 Young West Ham star, Declan Rice, feels his side are still on the up despite today’s 1-0 defeat at home to Spurs.

West Ham had most of the chances at London Stadium but just could not make them count. They were punished by a single Erik Lamela goal, scored just before half-time.

“I thought it was a tight game and it was a sloppy goal to concede from a cross.” Rice told the BBC.

Unfortunately for The Hammers, Lloris was in inspired form in the Spurs goal, denying the home side on several occasions throughout the game.

“Marko Arnautovic kept trying, but Hugo Lloris is a top keeper and Arnie was unlucky today.” He continued.

“We are improving 100% and playing with intensity. We are creating chances. We are only nine games in and hopefully we can go to Leicester and get the three points there.”

Still only 19, Declan Rice has grown into a vital member of the West Ham starting lineup. Today, he sat at the base of the midfield and once again played with the wisdom of an old head on young shoulders.

Manuel Pellegrini’s side had improved their performances and results in recent weeks until defeat at Brighton in their last game took the wind out of their sails. Next up, The Hammers travel to Leicester City.