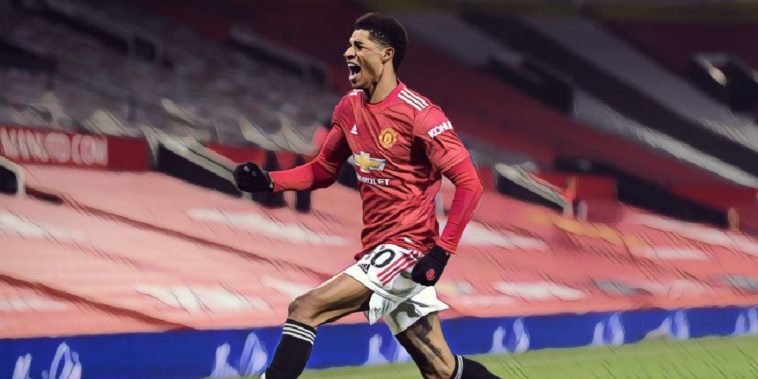 The CIES Football Observatory have named their most valuable footballers in the world, with Manchester United forward Marcus Rashford named as the planet’s most valuable star.

The valuations take into account a player’s recent performances, age and contract situation, alongside the wealth and success of their representative club.

Rashford enjoyed the best goalscoring season of his career last term and has now risen to the top of the rankings with a huge value of £150m, ahead of Borussia Dortmund sensation Erling Haaland who ranks second at £137.3m.

Manchester United teammate Bruno Fernandes joins Rashford in the top five with the Portugal international valued at £135.1m, following his superb showings since moving to the Premier League from Sporting Lisbon last year.

Trent Alexander-Arnold is third and valued slightly ahead of Fernandes, though Kylian Mbappe has dropped from first to fifth with the Paris Saint-Germain superstar having entered the final 18 months of his contract at the Parc des Princes.

Jadon Sancho (sixth – £134.1m) and Raheem Sterling (ninth – £123.9m) make it four English players in the top 10 most valuable players, with the Three Lions the highest-represented nation at the top of the rankings.

Chelsea’s Kai Havertz (10th – £123m) means there are five Premier League players in the top 10, despite the midfielder having struggled since a record-breaking move to Stamford Bridge during the summer.

There is no place in the top 100 for five-time Ballon d’Or winner Cristiano Ronaldo with the 35-year-old valued at just £42.5m, whilst Lionel Messi (£48.8m) just makes the cut with the Argentina international approaching the end of his Barcelona contract.