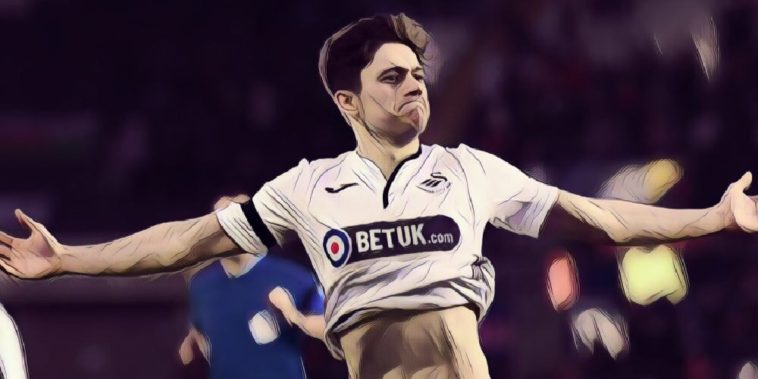 Manchester United are reportedly close to securing their first signing of the summer, Swansea’s Daniel James.

The Wales international winger was close to securing a move to Championship promotion hopefuls Leeds United back in January in a deal worth a reported £8.5m, but saw his move to Elland Road breakdown on deadline day.

It was a relatively disappointing season for Swansea, who had looked to bounce back to the Premier League at the first opportunity but could only manage a 10th placed finish, finishing nine points off the playoffs.

With just one year left on his current deal, James looks set to leave the Liberty Stadium this summer, with Liverpool and Newcastle some of the clubs having been linked.

However, Sky Sports are reporting that Manchester United are ‘close to agreeing a deal’ worth £15m for the winger, who scored four goals and provided seven assists for the Swans this season.

United have been linked with some big money signings this summer, including a £100m move for Borussia Dortmund’s Jadon Sancho, although speaking at the annual awards dinner last night, Ole Gunnar Solskjaer admitted that he plans to ‘recruit smart’ as part of his summer rebuild at Old Trafford.