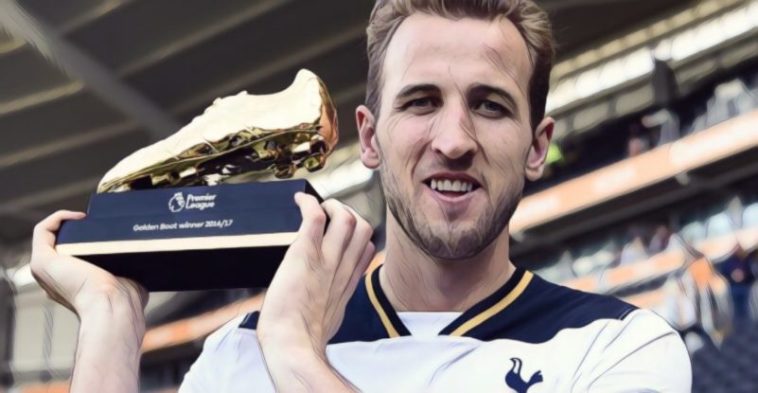 The race for the Premier League’s Golden Boot looks set to be as exciting as ever following the opening fixtures of the new season, with Mohamed Salah taking an early lead after becoming just the ninth player in history to score an opening weekend hat-trick.

Elsewhere Pierre-Emerick Aubameyang and Jamie Vardy opened their accounts with goals against newly-promoted Fulham and West Brom respectively, whilst the likes of Sergio Aguero and Anthony Martial will be keen to get up and running as the Manchester sides begin their seasons this weekend.

Ahead of what promises to be an enthralling race to finish as the division’s leading scorer, we’ve decided to look back at the previous winners of the league’s Golden Boot.

Here is every Premier League Golden Boot winner from the last decade:

The Premier League’s Golden Boot has been shared on just four occasions including during the 2010/11 campaign, a forward from each side of the Manchester divide finishing as the division’s leading scorer.

Manchester United’s Dimitar Berbatov scored 20 league goals to help fire Sir Alex Ferguson’s side to the title, his tally including a historic hat-trick against Liverpool and a five-haul in a 7-2 destruction of Blackburn at Old Trafford.

20 – Dimitar Berbatov and Carlos Tevez shared the Golden Boot, netting 20 goals each, the first time the award had been shared since 1998-99. 11 of Berbatov’s 20 goals came across just three separate games in which he scored a hat-trick. Award. #OptaPLSeasons pic.twitter.com/9Th1tGCmEM

Berbatov’s season was matched by former Red Devils teammate Tevez, who had established himself as a key figure in a new-look Manchester City side after controversially moving to the Etihad.

The Argentina international scored 20+ league goals for the second successive season and helped Roberto Mancini’s side to FA Cup success, ending the club’s 35-year wait for a major trophy to spark an era of silverware success on the blue half of the city.

Robin van Persie’s final season as an Arsenal player proved to be his most prolific in English football, the Dutchman finally putting his injury problems behind him to establish himself as the finest forward in the Premier League.

Relishing in his responsibility as captain following the departure of Cesc Fabregas to Barcelona, Van Persie took on talismanic status to finish as the division’s leading scorer.

The Netherlands international scored 30 league goals during a scintillating season at the Emirates, scoring a stunning hat-trick in victory at Chelsea and a sensational stoppage-time winner against Liverpool at Anfield.

His performances saw him recognised with the PFA Player of the Year and FWA Footballer of the Year awards in addition to the Premier League’s Golden Boot, becoming the third Dutchman to win the latter accolade after Jimmy Floyd Hasselbaink and Ruud van Nistelrooy.

Van Persie became just the fourth man to retain the Premier League’s Golden Boot the following season, though this time his prolific season came in the colours of Manchester United.

Sir Alex Ferguson had sought inspiration for his side after seeing the ‘noisy neighbours’ of Manchester City claim a first Premier League title the previous season, and capitalised on Van Persie’s contract situation by launching a move for the Arsenal captain.

The forward had become frustrated in a transitional side at the Emirates and completed a controversial £24m to the Red Devils, a transfer that ranks amongst Ferguson’s shrewdest investments.

Van Persie was simply brilliant as he fired United to a record-extending 20th top flight title, scoring 26 goals including a breathtaking hat-trick against Aston Villa that clinched the championship crown.

It was the perfect move at the perfect time for Van Persie, who deservedly landed the silverware that had largely eluded him during eight seasons in north London.

One of the Premier League’s great individual seasons, Luis Suarez scored 31 goals and provided 12 assists in just 33 league appearances to fire Brendan Rodgers’ Liverpool side to within touching distance of the title during the 2013/14 season.

Having missed the first five games of the season through suspension, Suarez returned with a brace at Sunderland before embarking on an unforgettable campaign, scoring three hat-tricks for the season including a sensational four-goal haul against Norwich at Anfield.

Working in brilliant tandem alongside Daniel Sturridge in attack, the duo finished as the leading two goalscorers in the division with a huge 52 league goals between them.

Suarez was named as the PFA Player of the Year and FWA Footballer of the Year in addition to winning the division’s Golden Boot, the Uruguayan named as the outstanding player in the Premier League before joining Barcelona in a £75m deal that summer.

The highest scoring non-English player in Premier League history and the fourth overall, it may come as a surprise to many that Sergio Aguero has finished as the division’s leading scorer on just one occasion.

Aguero claimed the Premier League’s Golden Boot as Manchester City finished runners-up to Chelsea during the 2014/15 season, scoring 26 league goals to finish ahead of Harry Kane and Diego Costa at the top of the scoring charts.

The Argentine netted hat-tricks against both Tottenham and Queens Park Rangers, and it remains the highest haul of a career that has delivered 180 goals in 263 Premier League appearances to date.

It was also the first of five consecutive seasons Aguero scored 20+ league goals, one of just two players – alongside Arsenal’s Thierry Henry – to achieve the feat in the Premier League era.

Harry Kane headed into the 2015/16 season labelled by some as a potential ‘one-season wonder’ following his brilliant breakthrough at Tottenham, the forward having taken his opportunity in fine style under Mauricio Pochettino.

He soon silenced the doubters as the star hit 20+ league goals for the second season in succession to win a maiden Golden Boot, pipping holder Sergio Aguero and Leicester title-winner Jamie Vardy to the prestigious accolade.

Kane’s goals helped fire the north London side to Champions League qualification and a third-placed finish, their highest of the Premier League era.

Kane became just the seventh player to win multiple Golden Boots following a career-best campaign the very next season, cementing his position amongst the finest forwards in world football.

The Spurs star scored 29 goals in just 30 appearances during a blistering season for Mauricio Pochettino’s side, including seven goals in his final two fixtures to overhaul nearest rival Romelu Lukaku and retain the division’s Golden Boot.

His season highlights included a barely believable four hat-tricks, including a four-goal demolition of reigning champions Leicester at the King Power Stadium.

Kane’s season remains the best Golden Boot-winning campaign in Premier League history in terms of goals-per-game, an astonishing return for the forward as he fired Spurs to a runners-up finish.

Mohamed Salah returned to English football with Liverpool in the summer of 2017, with many questioning the wisdom in splashing a significant fee on the Roma winger following his previous struggles at Chelsea.

Any doubts were soon swiftly removed following an outstanding debut season on Merseyside, however, Salah scoring on his debut and continuing to fire during a record-breaking individual season.

Salah’s list of personal records included scoring the most goals in a 38-game Premier League season (32), alongside the most teams scored against in a single campaign (17) and the most individual games scored in (24).

He finished the season with the Premier League’s Golden Boot in addition to a Player of the Year double, the Egyptian having scored more goals himself than three of the teams in the division that season.

Salah made it back-to-back Premier League Golden Boots the following season but this time the award was shared three ways, Liverpool teammate Sadio Mane and Arsenal’s Pierre-Emerick Aubameyang ensuring it was a three-way African tie at the top.

Each of the trio scored 22 league goals for the campaign with Salah and Mane firing Liverpool’s title charge, the duo becoming the first teammates to share the Golden Boot as the Reds narrowly missed out on an elusive Premier League title.

Aubameyang also enjoyed a season to remember during his first full campaign at Arsenal, the Gabon international scoring prolifically to add a Premier League Golden Boot to the Bundesliga equivalent he won at Borussia Dortmund two seasons earlier.

Last season’s winner and amongst the favourites once more following an opening day brace, Jamie Vardy added a Premier League Golden Boot to his burgeoning list of awards and accolades during the 2019/20 campaign.

Vardy has proven a talismanic figure for Leicester in recent seasons and helped fire the club to an improbable title success four years ago, with the Foxes forward continuing to strike fear into opposition defenders despite entering his thirties.

The 33-year-old scored 20+ league goals for the third time in a Premier League season last term, finishing ahead of Aubameyang and Southampton’s Danny Ings by just a single goal to claim the award.

It was yet another remarkable achievement for a player who only made his top flight debut at 27, Vardy recently becoming the latest inductee to the Premier League’s 100 club after racking up a century of goals for Leicester in England’s top tier.