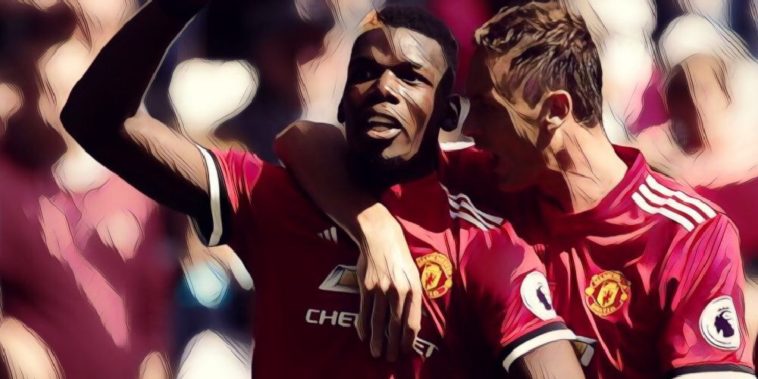 Jamie Redknapp has said that Nemanja Matic is holding Paul Pogba back at Manchester United because he is too slow.

Pogba, who has been subject to interest from Barcelona in the last 24 hours, has had a mixed two seasons at Manchester United since becoming the most expensive footballer in the World back in 2016.

However, the midfielder showed off the full extent of his talents at this summers World Cup, being an instrumental part of Didier Deschamps’ midfield alongside Chelsea midfielder N’Golo Kante.

His displays in Russia have left former Liverpool and Spurs midfielder Redknapp to theorize that Pogba’s troubles at United are more to do with his midfield partner, Nemanja Matic, rather than the Frenchman’s own qualities.

“I think Matic as good as he is, I think he takes too many touches at times,” Redknapp said on Sky Sports’ The Debate.

“It’s not easy to play alongside him. He wants to be that man and he has a lovely left foot. It’s not easy, because you want it to be quick as a midfielder.

“N’Golo Kante doesn’t mess about – he gets it and gives it.  That’s maybe a difference in that midfield.”

United have brought in Brazilian midfielder Fred this summer in a bid to bolster their squad in the middle of the park, with the former Shakhtar Donetsk man capable of moving the ball around quickly.

Fellow Brazilian Andreas Pereira has also been entrusted in the ‘number 6’ role during United’s pre-season preparations, with the academy graduate showing a great degree of vision, as well as the much-needed guile and tenacity to play as a deep-lying midfielder.

Whether these additions will get the best out of Pogba is yet to be seen though.