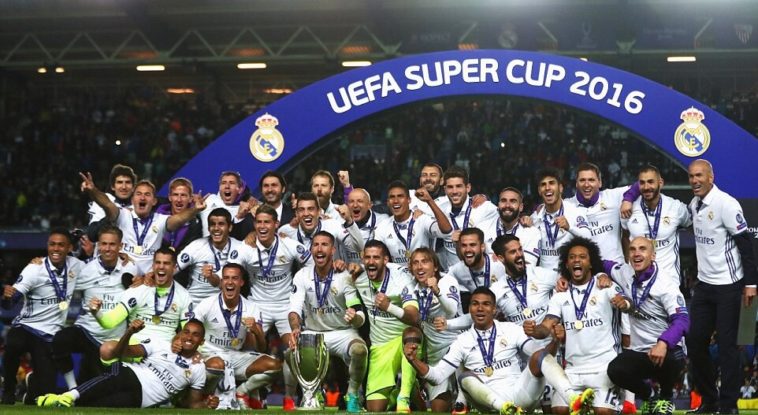 Despite being a European game, it was played between two domestic rivals, Real Madrid and Sevilla, the winners of last seasons Champions League and Europa Leagues respectively.

It was the European Champions Real Madrid who took the early lead when rising star Marco Asensio struck with a fabulous long range effort in the 21st minute, but Sevilla, who are still getting over the loss of manager Unai Emery to PSG, were back on terms before half time through Franco Vázquez.

Sevilla then took the lead in the second half when Everton target Yevhen Konoplyanka’s struck from the penalty spot after Sergio Ramos fouled Vitolo in the box.

It looked as if that would be the winner, before Sergio Ramos turned from villain to hero as his 93rd minute header took the game into extra time.

Extra time didn’t start well for Sevilla, who saw Kolodziejczak sent off for his second yellow card just three minutes into the extra period, and the Europa League holders did well to keep the scores level, until Real Madrid full back Dani Carvajal’s superb solo goal at the death gave Real Madrid the title.

Real Madrid played the game without their famous BBC strike force of Bale, Benzema and Cristiano who haven’t yet returned to pre-season action.

The win gives Zinedine Zidane his second trophy in his short Managerial career.