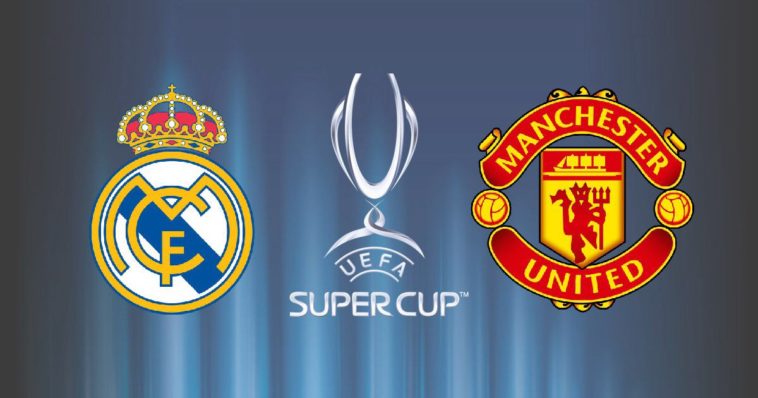 So, the winners of Europe face off in Macedonia, after months of hard work. Real Madrid and Manchester United, fight for the UEFA Super Cup.

Please refer to UEFA’s website for other worldwide broadcast information.

Although the Super Cup isn’t the most prestigious trophy in Europe, it does provide an interesting game to start off the football season. This season, we have a face-off between Manchester United and Real Madrid, two clubs with a massive fan following across the globe.

Real Madrid won their 12th Champions League to seal a spot in the Super Cup, while United lifted their maiden Europa League in Sweden. Both clubs won their respective trophies comfortably, although there were some hard match-ups in the road to the final.

United played seven pre-season games, winning six of them, losing only to Barcelona. Real’s pre-season was much shorter, with only 4 games in it. Madrid lost 3 and won 1, much to the dismay of fans.

In fact, both the sides had played each other in America earlier, the game finished 1-1 and United won on penalties.

Manchester United will have a few players unavailable for the game, including centre-backs Phil Jones and Eric Bailly (Both Suspended). Luke Shaw, Marcos Rojo and Ashley Young will not feature either, due to injuries. Romero and Jesse Lingard did not feature in United’s last tour match, which has cast a shadow of uncertainty over their spots.

Excluding Ronaldo, Real’s whole squad is fit and firing on all cylinders. The Portuguese star returned to training on Saturday, pleasing Madridistas everywhere. Whether Ronaldo will start is uncertain, but there is a solid chance of him playing at least a few minutes due to his fitness regime.

The match will definitely be interesting due to the quality of the sides. It will be exciting to see United’s signings on show competitively, while Real’s proven line-up will be pleasing as always. We predict a 2-1 win for Los Blancos