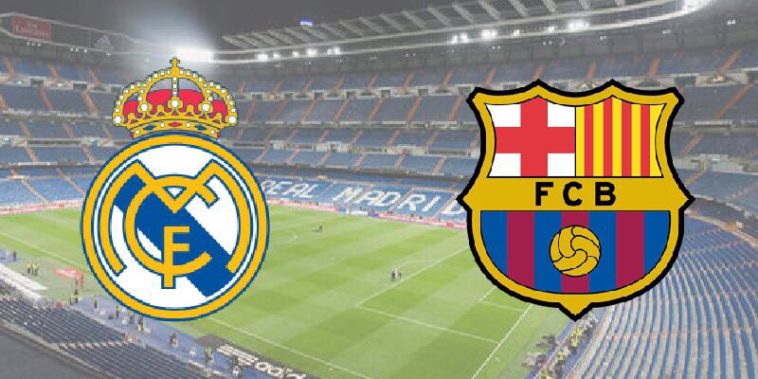 It’s that time of the year; New year is upon us, most of the holidays take place, but they all must step aside for the biggest football event on earth, El Clasico.

With Barcelona win, even if it’s just December, it would be safe to say the league is out of Madrid’s reach, so it’s crucial for Madrid to get a win and get back in title race.

It is happy days in medicine department in Madrid, as there are no first team players injured at the moment. The defence took a big hit during the season, missing Carvajal and Varane with injuries and Ramos through suspension, but now, they’re all fully fit and eligible. Gareth Bale is also fully recovered, and is expected to start on Saturday.

Barcelona took some hits in the last month that could really harm them in the upcoming fixture. Umtiti got injured in match against Celta (and conceded a goal in the same sequence). He has been one of the best players this season, and, although Vermaelen looks solid, he’s nowhere near as good as the Frenchman. Mascherano has recovered and will be ready for the derby as far as physical condition comes, but it’s more complex situation for him, as he’s just confirmed he will join Chinese side Hebei Fortune to play former Real Madrid and Man City boss Manuel Pellegrini.

The midfield is pretty crowded and everyone is hoping to get a chance in the starting 11. As far as the attackers go, Paco Alcacer is injured and will be out for 2-3 weeks, which is pretty big handicap for Blaugrana when you look at his contributions this season. Deulofeu is out with injury too, but that won’t bother Barca fans too much. Dembele won’t play until January and Rafinha still isn’t match fit after long outing.

Most of the calendar year, Madrid’s formation and tactics depended on injuries with Bale being sidelined most of the year. Now that everyone is fully fit, it will be very interesting to see how will Zidane react, as he can bench Isco and start with BBC or play with Isco with Benzema and Ronaldo upfront. This is the most realistic and expected line-up:

Valverde did the unspeakable in Catalonia – he changed his formation from 4-3-3 to 4-4-2. And who would’ve said, Barca is playing better and better, with +11 and 1st placed in CL group. The formation is pretty much dictated by roster, where, at the moment, there isn’t wing player with creative on-ball skill with Dembele out. Deulofeu, Vidal and Paco were used primarily as runners to stretch the field and involve in finishes. Valverde doesn’t seem pleased with Semedo, leaving him out of squad for Deportivo clash, and it’s likely he won’t see playing time in El Clasico.

It will be very interesting to see how both coaches enter the match. Real starting with BBC could result in fast-paced, counter-attacking game that provided some good results for Real in recent years. It’s probable Zidane will demand of his attacking trio to press high up the pitch, using man-marking and allowing Vermaelen to create with the ball. Paulinho could prove to be crucial factor, as he had been the utility man for Barca this season, and if he can adjust to playing on the ball and setting up the tempo with Busquets, Iniesta and Rakitic, it would provide as crucial for Barca.

Valverde could start the game in deep , and moving further up the field as the game goes on, and he definitely must be careful in going forward with BBC all lurking for counter-attacking opportunity.

Madrid will certainly want to exploit Vermaelen, who still hasn’t had the time to completely fit in. Transition is the name of the game on Saturday, and sprinting back on defence will be crucial, with Real Madrid having Kroos and Modric who open up the play with amazing ease, and Barcelona having Iniesta and Messi to lighten up the pitch.