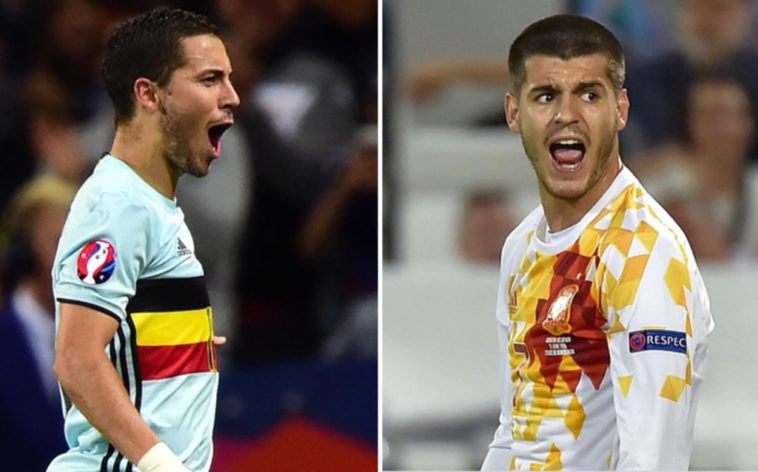 The Daily Mirror claims the Real Madrid will offer Chelsea £35million plus Alvaro Morata for the transfer of Belgium winger Eden Hazard.

Hazard, who was the Premier League player of the year 2014/15, has a season to forget last year, but started to regain some form at the end of the campaign. The Belgian was back to his brilliant best last week as Belgium hammered Hungary 4-0, leaving Real Madrid ready to make a move.

Zinedine Zidane has made no secret of his admiration of the player, and will test Chelsea’s resolve to keep the winger, by offering Alvaro Morata as well as £35million in return.

Morata has been a Chelsea target for a number of months, and was recently snapped up by Real Madrid as their exercised their £23million buy back clause for the now former Juventus player. The Spaniard scored 27 goals in his two season at Juventus, and backed that up with a further three goals at Euro 2016, before their elimination at the hands of new Chelsea manager, Antonio Conte and his Italy side.

Chelsea are also interested in signing Real Madrid’s Columbian midfielder James Rodriguez, who is thought to also be available and is valued at £50million.