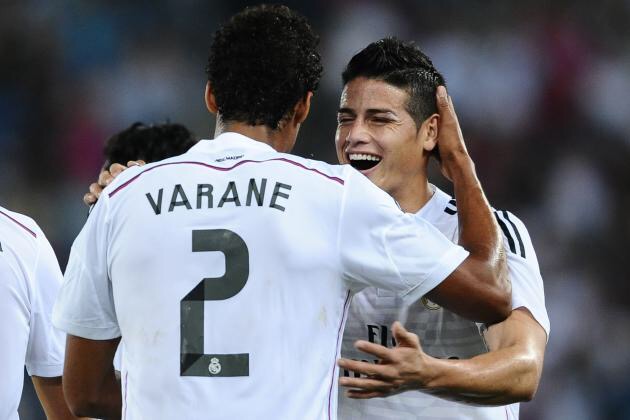 Manchester United’s transfer plans have been dealt a blow as one Real Madrid star has rejected the move this summer.

Raphael Varane is highly rated by Jose Mourinho who wanted to bring the defender to Old Trafford as he looks to strengthen his defence after watching his team ship four goals to Borussia Dortmund in last weeks pre-season friendly in China.

However, speaking to Marca, Varane has dismissed talk of a transfer:

I want to stay here this year, I feel loved by the fans who want the best for me, and the best is yet to come.

I hope to be allowed to start afresh- I’d like to push on, to continue improving.

After being at Real for five years, I want to make the next step.

To finish the season without playing the Champions League final or without playing in the Euros was hard for me. I try to leave any negativity behind though – Madrid has all the conditions for me to improve.

Varane is with his Real Madrid teammates in the USA as they prepare for their first pre-season friendly, where they will play French Champions PSG in Ohio.