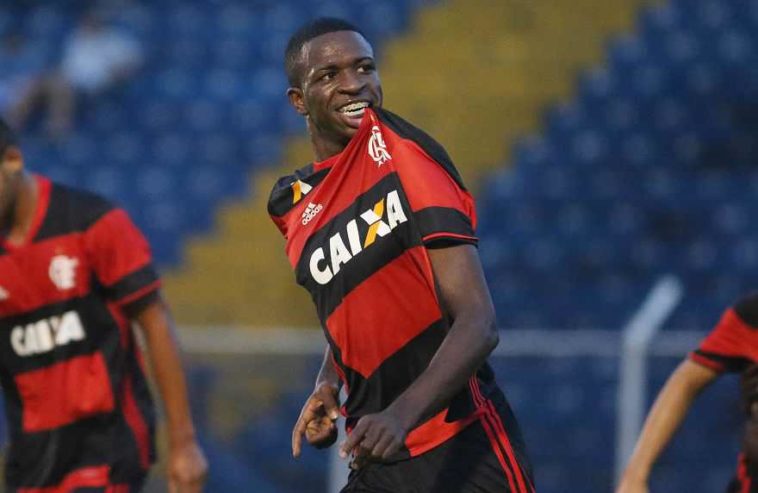 Real Madrid have signed Brazilian teenager Vinicius Jr. from Flamengo. The 16 year-old will cost around 40 million euros (£33m), according to Marca. Hi

Vinicius Jr. passed his medical test which was conducted in Rio de Janeiro on Monday, deeming him fit to join the Spanish giants.

The youngster will be given the opportunity to debut with Flamengo’s senior team on Wednesday.

Vinicius was wanted by multiple clubs, including Real’s arch rivals FC Barcelona, who were equally competitive in the race for the striker’s signature.

The reason Real have managed to sign the player is probably that they’ve guaranteed him a place in the senior team, and not the reserve side, Castilla.

The starlet will sign his first professional contract later this week at the tender age of 16 for Flamengo. The contract will be paid for by Real Madrid, despite the fact that he will not be seen at the Bernabeu until the 30th of June 2018.

Los Blancos will track his performances over the next year and might send a coach over to Rio.

Vinicius has scored 19 goals for the Brazil under-17s in 22 appearances, while scoring 6 in 6 for the under-15s. He guided the under-17s to victory at the U-17 South American Championship.

Whether Vinicius Jr. is successful at Real, remains to be seen. The coming months and years are going to alter his entire life. Only time will tell how the starlet will perform at the Bernabeu.