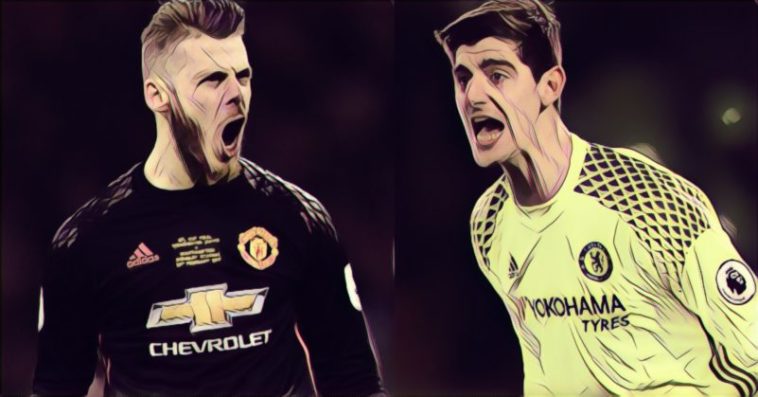 Real Madrid President Florentino Perez has told Manchester United Goalkeeper David De Gea, that if he does not finally seal his move to The Bernabeu this summer, the club will instead sign Chelsea number one Thibaut Courtois, report The Mirror.

De Gea, famously almost joined Real in 2015, but the move fell apart at the very last minute due to a faulty fax machine. Although the 27-year-old is happy in Manchester, he is from Madrid and his family and girlfriend still live in the Spanish capital, so he remains keen on a move.

In what has felt like a never ending transfer saga, the current European Champions have also been heavily linked with the player during every transfer window since, and the feeling has always been that this a deal that will eventually happen.

Now Real’s President has told De Gea, in no uncertain terms, that if he doesn’t sign this summer, the club will move on and turn their attention elsewhere.

In the case that the transfer does not take place, Real will make Chelsea keeper Thibaut Courtois their number one target to replace current keeper Keylor Navas.

As we reported last week, the 25-year-old Belgian international is stalling on a new contract at Stamford Bridge, and would be keen on a return to Madrid, having previously represented Real’s city rivals Atletico.