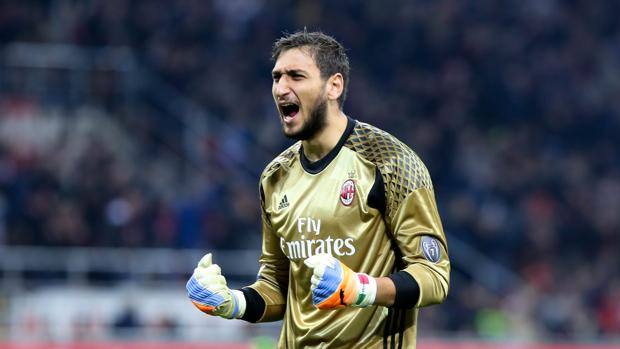 Real Madrid are pursuing AC Milan goalkeeper Gianluigi Donarumma as an alternative to the expensive David De Gea according to reports.

The Sunday Mirror claim that David De Gea made it clear to Real Madrid that he won’t pressure United into letting him leave, leaving the European champions to switch their interest to AC Milan’s Gianluigi Donnarumma

Donnarumma is a member of the Italian senior national team just at the age of 18, tipped by many to be the world’s best in the future.

The youngster earns a measly €2,700-a-week, and super-agent Mino Raiola has already rejected a few big offers for him. He has just one-year left on his current deal at the San Siro meaning he could be available on the cheap, Real believe he will cost half of what De Gea would.

Manchester United have insisted that De Gea is not for sale, the keeper himself is not keen on making the move.

This, two years after the same move failed to happen at the last minute. Some might say that Real would swap Morata for De Gea, although I think that is unlikely.

Manchester United are believed to be in discussions with the Real Madrid hierarchy over Alvaro Morata. They have already seen one bid of £52m rejected, and have returned with an improved offer of £60m. Real apparently want £78m, but we believe a deal can be thrashed out for less. The Player has already agreed personal terms.