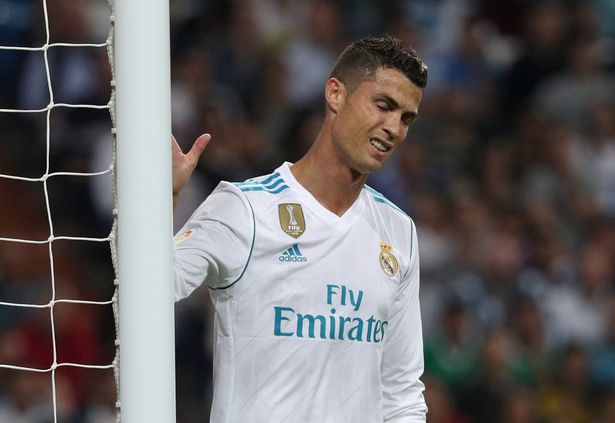 Real Madrid dropped points yet again in the league, losing to Real Betis at home. Although Real were unlucky, it was no excuse for a defeat.

Los Blancos are now in a sticky situation, seven points behind leaders Barcelona, but that gap could easily have been lower if it was for some good finishing.

Real had 60% possession and 27 shots on goal, but failed to score from a single one. Other than that, the club has only picked up two from a possible nine points at home, which is also concerning.

The first half was eventful, although it was nowhere near as dramatic as the second one. Talisman Cristiano Ronaldo had an effort in the first half, and numerous in the second miss the net. The Portuguese winger also ended up breaking the record for not scoring with the highest number of shots at goal in the La Liga.

Real peppered the Betis goal in the second half, but were constantly denied by either the post, or Alvaro Adan. Dani Carvajal, Gareth Bale and Ronaldo came ever so close to scoring, but just could not find the net.

Marcelo hobbled off the pitch midway into the second half, to make the night worse for Madrid.

Sanabria had a goal disallowed for offside, but it didn’t matter as he got the winner in the last minute of the match, something which left the Real fans in dismay, understandably.

“It’s not normal in these matches at home against sides who on paper would normally be leaving the Bernabéu with a different result,” the Real captain, Sergio Ramos, said. “Hopefully it’s just a problem with being clinical. We did everything we could but there’s not been a ruthless side to our finishing. Another day it finishes 4-0 or 4-1 and everything is OK.”

Zidane added: “We played better than Betis but the result is what matters. I would prefer to play badly and take the three points. We had possession, chances. Last year we won some games we didn’t deserve to and this year it looks like the opposite but we can’t go mad about it.