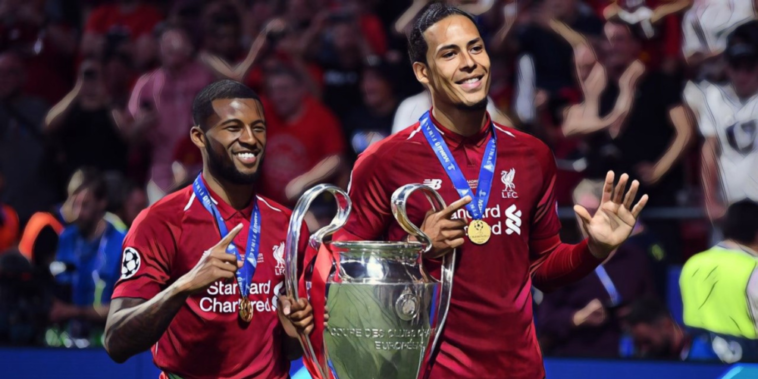 Liverpool have moved early in the January transfer window to secure a deal for Cody Gakpo, having agreed a fee in the region of £37m for the PSV Eindhoven forward.

Gakpo was named as Dutch Footballer of the Year last season and impressed during the Netherland’s World Cup campaign in Qatar. The 23-year-old becomes the latest Dutchman to represent the Reds and following his move we’ve looked back at the club’s past Dutch recruits.

Here are our ratings of every Dutch footballer to play for Liverpool.

Liverpool secured the signing of Erik Meijer on a free transfer from Bayer Leverkusen in 1999, but the Dutch forward struggled to make an impression across an underwhelming 18 months at Anfield.

Meijer struggled for opportunities due to the presence of Robbie Fowler, Michael Owen and latterly Emile Heskey at Liverpool, but became a cult figure for his passion and will to win. He scored just two goals in 27 appearances, both coming in a League Cup tie against Hull City, before departing for Hamburg via a loan at Preston North End.

Nicknamed ‘Mad Erik’, he memorably partied with the club’s supporters as he cheered on his former teammates in the 2001 UEFA Cup final.

Sander Westerveld became the most expensive goalkeeper in British football after completing a £4m move to Liverpool in 1999, with the Dutch shot-stopper drafted in from Vitesse to replace David James.

He saved a penalty against Arsenal on debut and had a key role in the club’s return to Europe, as the Reds conceded the fewest goals in the Premier League during his maiden campaign. The following season Westerveld formed part of the team that won a cup treble, as the Merseysiders lifted the FA Cup, League Cup and UEFA Cup under Gerard Houllier.

However, his form was criticised during the latter part of that season and he was replaced early into his third season, as Liverpool brought in Jerzy Dudek and Chris Kirkland. Westerveld was sold in December 2001 and joined Real Sociedad in a £3.4m deal.

Liverpool agreed a deal to sign Boudewijn Zenden on a free transfer in 2005, capitalising on the midfielder’s contract situation at Middlesbrough.

Zenden had featured for PSV, Barcelona and Chelsea before his move to Middlesbrough, who he helped to the club’s first-ever major honour with League Cup success in 2004. He proved a useful addition to Rafa Benitez’s squad at Liverpool, but saw his time with the Reds marred with knee issues.

The Netherlands international won both the Community Shield and UEFA Super Cup with Liverpool, while he formed part of the team that reached the 2007 Champions League final. Zenden made 49 appearances across two seasons, scoring twice, before joining Marseille.

Jan Kromkamp’s move to Liverpool caught even the Dutch defender by surprise, with the right-back in the midst of a difficult debut season at Villarreal when Rafa Benitez came calling. A swap-deal that saw Josemi head in the opposite direction was agreed, but Kromkamp struggled for regular minutes at Anfield.

He made just 14 league appearances as he struggled to dislodge Steve Finnan from the side, but did appear as a substitute in the 2006 FA Cup final win over West Ham. He lasted just six months with the Reds, before returning to the Netherlands at PSV Eindhoven.

Dirk Kuyt became a firm fans’ favourite across six seasons at Liverpool, with his indefatigable work-rate appreciated at Anfield.

Kuyt signed for the Reds from Feyenoord after a prolific period in the Eredivisie, but was unable to replicate that goal return in English football. He did, however, develop a reputation for goals at crucial moments, including two from the spot in a Merseyside Derby win at Everton and a close-range hat-trick to down Manchester United.

⏪ A Reds rewind, with a goal from #onthisday in 2009 ⏪ pic.twitter.com/xDRhMNv2gz

Rafa Benitez moved Kuyt from a centre-forward role to the right-wing, where his relentless running made the Dutchman an effective presence. He scored 71 goals in 286 appearances for Liverpool, though the 2012 League Cup proved his sole major honour at Anfield.

Ryan Babel arrived at Liverpool with a burgeoning reputation, but despite flashes of potential failed to truly live up to expectations after a bright debut season.

There were fine moments from Babel, including a game-changing introduction to see of Arsenal in a Champions League quarter-final and late winner against Manchester United, but the Dutchman was never able to produce on a consistent basis.

The forward netted 22 times in 146 games during his three-and-a-half seasons with the Reds, before departing for Hoffenheim after becoming increasingly marginalised. He later admitted that the move to Merseyside came too soon.

Who could forget this late winner against Manchester United… 👌👌 pic.twitter.com/KaocYP9RRX

“I’ve said in earlier interviews maybe I should have stayed one or two more years in Holland,” Babel told The Guardian in 2019. “I had been living with my parents so it was the first time living abroad and by myself. There are lot of things coming at you at the same time – different country, different culture. You’re basically by yourself and you have to make sure you deal with it as good as possible. That wasn’t always the case [with me].”

“I wanted to develop well and – as they promised me back then before I joined – just to be given the guidance I needed to become a better player. That didn’t happen and for a lot of different reasons I didn’t fulfil my potential I guess.”

An underrated component of Jurgen Klopp’s trophy-winning sides, Georginio Wijnaldum had huge success across his five seasons at Liverpool.

Wijnaldum had impressed during a single season at Newcastle United and the Reds moved to secure his services in a £25m deal. One of the first signings of Klopp’s reign, he made 237 appearances for Liverpool and symbolised the industry in the Merseysider’s midfield.

His most memorable moment came with a Champions League semi-final brace off the bench against Barcelona, as Liverpool recovered from a 3-0 first leg defeat to reach the 2019 final. He won the Champions League and Premier League with the Reds, before departing for PSG on a free transfer.

Virgil van Dijk is often viewed as the transformative signing of the Jurgen Klopp era, a big-money purchase that proved money well spent.

Liverpool paid a then-world record fee for a defender to sign Van Dijk from Southampton, but it has proven an inspired investment with the Dutch defender having been a towering presence across several seasons at Anfield.

Van Dijk named as PFA Player of the Year and Premier League Player of the season during his first full season and ended 2019 as runner-up to Lionel Messi for the Ballon d’Or. He has made 205 appearances across all competitions for the Reds.

Sepp van den Berg is a name that retains hopes of a Liverpool breakthrough, having signed for the Reds from PEC Zwolle as a teenager.

The centre-back has made just four senior appearances for Liverpool, but enjoyed an encouraging 18-month loan spell at Preston North End across the past two seasons. He joined Schalke on another loan agreement last summer, but has been sidelined with a serious knee injury for much of the campaign.

Ki-Jana Hoever arrived at Anfield with high expectations after the Reds prised the defender from the Ajax academy system.

He made just four appearances for Liverpool however, before departing for Wolves in search of more regular minutes. His £9m sale saw Liverpool recoup a sizeable profit on the full-back, who is currently on loan at PSV Eindhoven from Wolves as he looks for greater opportunities.

Cody Gakpo will become the 11th Dutchman to represent Liverpool, having signed from PSV Eindhoven in a deal worth an initial £37m.

Gakpo enhanced his reputation with some impressive performances the 2022 World Cup, as he scored three goals during the Netherlands run to the quarter-finals. A versatile forward, he was named as Dutch Footballer of the Year in 2021/22 and has elevated his game to a new level during the current campaign.

The 23-year-old currently leads the Eredivisie for goals and assists, having produced 30 goals contributions in just 24 appearances across all competitions this season.

With Liverpool in search of inspiration as their top four hopes falter, Gakpo will hope to provide an injection of freshness into the side. He could make his debut against Wolves in the FA Cup this weekend.

Rating: Too soon to decide