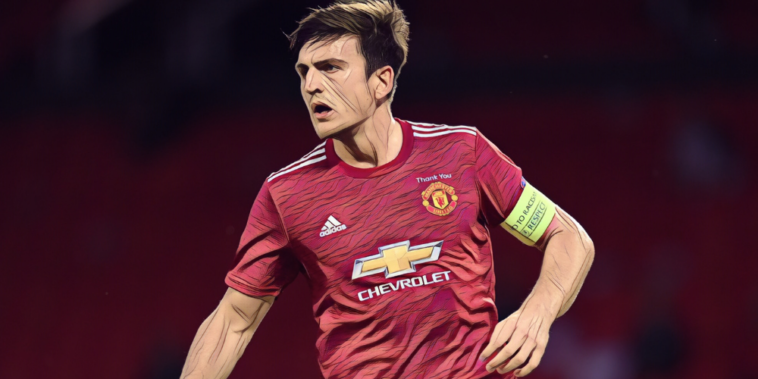 Manchester United are working hard to complete a deal for Real Madrid centre-back Raphael Varane, as the Red Devils seek the perfect partner for Harry Maguire at the heart of the defence.

Varane has entered the final year of his contract at the Bernabeu and is understood to be keen on a move to the Premier League, in what would represent a huge coup for the club with the France international regarded amongst the best in world football.

Sir Alex Ferguson once claimed that whilst “attack wins you games, defence wins you titles”, and United’s hopes of challenging for the Premier League next season may depend on their shoring up of a defence that conceded more goals than any other side in the top four last term.

The club have invested huge fees on defenders since Ferguson’s retirement with mixed success and we’ve decided to rate every centre-back signing since the legendary manager’s departure in 2013.

Whilst footballers with the ability to play multiple positions are a dream for managers, the players themselves can often end up as a victim of their own versatility.

Blind signed for Manchester United in 2014 as he followed Netherlands manager Louis van Gaal to the club, having impressed during that summer’s World Cup in Brazil.

The Dutchman had featured predominantly at left-back or in defensive midfield for both Ajax and the national side, positions he occupied alongside a centre-back role during four seasons at Old Trafford.

Blinds’ technical qualities, intelligence and reading of the game saw him impress in each role, his qualities largely overriding a lack of physicality despite the famed demands of the Premier League.

Blind featured regularly in the backline during a second season which proved his most productive as the FA Cup was secured, but the arrival of Jose Mourinho as manager proved the start of the end with the Portuguese favouring a more traditional and physical centre-back pairing.

The Dutchman made 141 appearances and scored six goals for the Red Devils, before returning to former club Ajax in a €16m deal in 2018.

Signed in the same 2014 transfer window as Blind, Marcos Rojo followed in the footsteps of Cristiano Ronaldo and Nani in swapping Sporting Lisbon for Manchester.

It’s fair to say the Argentine centre-back failed to enjoy the same success as that aforementioned duo after completing a £16m move from the Portuguese capital, despite winning the FA Cup, League Cup and Europa League amongst his honours.

Rojo won admirers for his full-blooded commitment to the cause and willingness to put his body on the line, but the defender’s determination also led to plenty of rash moments.

Despite versatility in being able to play both centrally and at left-back, the 20 league starts Rojo made in his debut campaign was his highest total during six seasons as a Manchester United player.

Injuries impacted his ability to make a contribution, including a cruciate ligament rupture, though the defender never truly convinced when at full fitness and departed for Boca Juniors in 2021, having spent the previous season on loan at Estudiantes.

Jose Mourinho’s arrival as Manchester United manager saw the club splash out in 2016, an expensive window of recruitment including the £30m signing of Eric Bailly from Villarreal.

Bailly had spent just one season with the Spanish side after arriving from Espanyol, but a series of strong performances had attracted interest from the continent with United winning the race for his signature.

The Ivorian’s commanding presence and athleticism soon impressed as he was named man of the match on his debut in the Community Shield, before winning the accolade once again on his Premier League bow against Bournemouth.

Bailly made 38 appearances in all competitions during a maiden campaign that delivered League Cup and Europa League success, though the injury problems that have plagued his time in English football surfaced the following season.

His body’s repetitive failings have meant Bailly has struggled to put together a consistent run of performances since his first season, failing to start more than 11 league fixtures in any of the subsequent campaigns.

Given the lack of consistency, his performances have also often been erratic with his defending having mixed the commanding with the comical on occasion.

The Sweden international had impressed during four seasons in Portugal and offered the Red Devils a different profile of centre-back, with Lindelof viewed as a player who could step out of the backline comfortably in possession.

He began unconvincingly with the much-maligned partnership of Chris Smalling and Phil Jones preferred in his place, before featuring more regularly during his second campaign at Old Trafford.

However, his best performances have been mixed with lapses in concentration and there is a perception the Swede can be bullied when it comes to the more physically powerful Premier League forwards.

Lindelof’s lack of athleticism has been credited as the reason for United’s interest in Varane, with the 27-year-old – despite some strong showings – having so far failed to prove he can be the perfect partner for Harry Maguire at centre-back.

The most expensive defender in football history, eyebrows were raised when United splashed out a staggering £80m to sign Harry Maguire from Leicester.

Maguire had impressed during England’s run to the World Cup semi-finals that summer, though the fee was seen as hugely excessive for a player without real experience at the game’s highest level.

Maguire initially struggled under the weight of expectation with his every on-field moment scrutinised intensely, though there is little disputing his arrival improved the Red Devils’ backline and he has grown in stature since.

Appointed club captain by Ole Gunnar Solskjaer just months after his arrival at Old Trafford, he has become an irreplaceable figure for both club and country and starred as England reached the Euro 2020 final.

The 2020/21 season saw Maguire rank amongst the Premier League’s leading players for interceptions, clearances and aerial duels won, whilst only two players progressed the ball further up the pitch – a demonstration of his ability to carry the ball in possession.

Reservations remain over his susceptibility to pace and lack of mobility, but alongside the perfect partner the 27-year-old can demonstrate his status as one of the Premier League’s best central defenders.