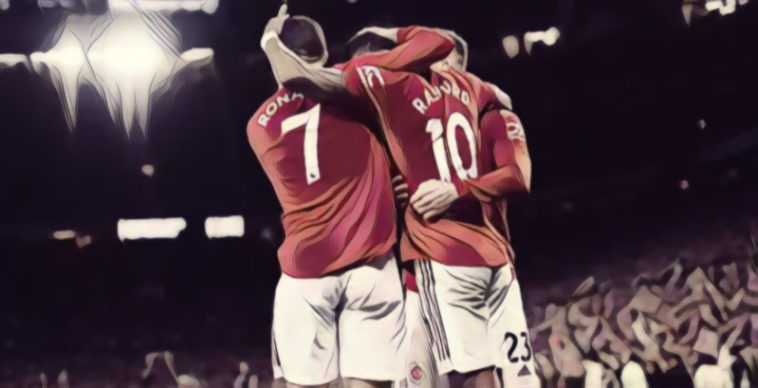 Manchester United moved above Chelsea and into fifth in the Premier League table after they secured a hard-fought 1-0 win over West Ham at Old Trafford today.

Erik Ten Hag’s side started in a confident fashion and their high-pressing approach would create decent opportunities for both Cristiano Ronaldo and Marcus Rashford within the opening 15 minutes.

West Ham gradually began to get a foothold in the game as the first-half went on, with the Hammers wide men Said Benrahma and Jarred Bowen keeping a backline – that included the much-maligned Harry Maguire – honest.

Man United’s pressure would eventually be rewarded in the 38th minute when Rashford netted his 100th goal for the Old Trafford club. Cristian Eriksen played a neat one-two with fellow playmaker Bruno Fernandes down the right before the Denmark international curled in a beautiful cross that Rashford met powerfully to send a bullet header past a hapless Łukasz Fabianski.

Marcus Rashford is the first Man United player to score 100 goals for the club since Wayne Rooney in 2009 👏 pic.twitter.com/rblLIkHB3S

On the hour mark, Ronaldo would have two chances in quick succession but the Portuguese striker blazed both a header and a left-footed effort well wide.

In the 68th minute, David Moyes Hammers would finally test David De Gea, but Benrahma’s speculative effort from distance was easily dealt with by the Spanish ‘keeper.

Ten Hag decided to withdraw Anthony Elanga and Eriksen for Fred and Scott McTominay and it seemed to invite West Ham onto the Dutchman’s side. On 81 minutes De Gea was forced into a decent stop from Michail Antonio before the United goalkeeper had to pull off a world-class save to prevent a Kurt Zouma header from levelling the scores.

Substitute Fred almost sealed the win for the home side soon after but the Brazilian’s header cannoned back off the post. Then in stoppage time, Maguire blocked a close-range Bowen effort that seemed destined for the corner only for Declan Rice to then force De Gea into a full stretch from distance.

Speaking afterwards matchwinner Rashford revealed there is now a ‘different energy’ in the United squad under Ten Hag, while he admitted netting his 100th goal for his boyhood club was a special feeling.

“Beautiful feeling [to get his 100th goal]. Something I have been working on, I feel I need to score more goals like that and keep getting in those areas. Pleased that I have managed to score today and it’s always good to score regardless of whether Gareth Southgate is watching or not.

“Completely different energy in the team, we had a difficult start but we have to keep going

“De Gea, Martinez, Harry, Diogo, they were all brilliant. We held on and we defended well.