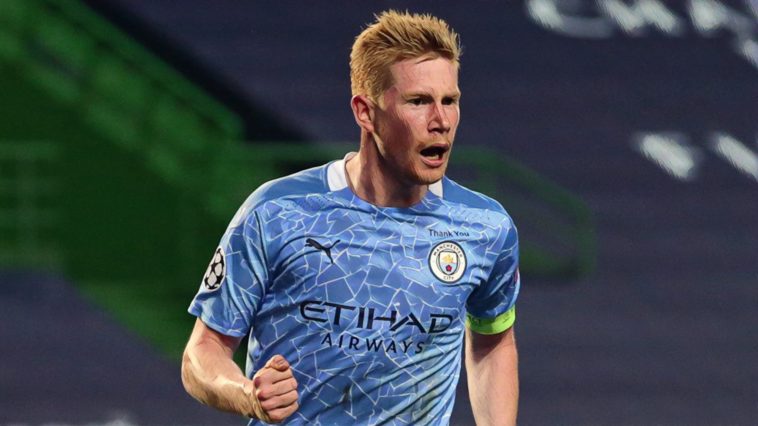 The old saying goes that while goals win games, defence wins titles, but what about assists?

Aside from providing points to Fantasy Football participants, the assist is now one of the most important metrics in football, perhaps even on par with putting the ball in the back of the net.

In era of the declining presence of the traditional ‘number nine’, more emphasis is now placed on the man pulling the strings in attack; the man who can deliver that key final pass to make the difference in the telling moment.

The Premier League, in particular, is blessed with a plethora of top creative talent, so let’s take a look at who have been the leading assisters in the top-flight since the start of the 2018/19 campaign.

Not just a prolific scorer it would seem, Liverpool’s Mo Salah has often been labelled with the tag of being selfish, yet his place on this would seem to suggest otherwise.

Discarded by Chelsea after scoring just two league goals in a brief stint in the top-flight at Stamford Bridge, the Egyptian has since returned to these shores to wreak havoc on opposition defences, seemingly both as a lethal goalscorer but also as a provider.

Since making his Reds debut back in 2017, the now 29-year-old has bagged a ridiculous tally of 96 top-flight goals, his most prolific campaign coming in his debut season at Anfield in which he netted on 32 occasions.

Despite a steady stream of goals since as the focal point of Jurgen Klopp’s side, Salah has at times bizarrely come in for criticism from both fans and pundits alike, with his knack of laying on an assist perhaps going under the radar.

After providing ten assists in his first season with the Reds, the forward followed that up with eight more the following campaign, before adding a further ten to his tally as part of the club’s rampant title win during the 2019/20 season.

That consistent churning out of assists took a slight dip last term amid the Merseyside club’s difficult spell of form, the former Roma man notching just five league assists, yet he has begun the current campaign in fine fashion by setting up two goals in the opening weekend win over Norwich City.

Harry Kane may have ended the 2020/21 season as the league’s chief creative force with 14 assists, yet it’s his Tottenham teammate Son Heung-Min who has earned his place on this list, having been a reliable presence both in terms of goals and assists in recent years.

With Kane having only recently adapted his game into more of a playmaker-type role (having registered just six assists in the two previous seasons combined) it’s Son who has been the main provider for Spurs on a more consistent basis.

Since then, however, the forward has developed into of the division’s top performers, bagging 12 assists and 26 goals across the next two seasons combined, before recording 18 goal contributions during the 2018/19 season, including laying on six assists.

While a large chunk of those assists have been laid on to strike partner Kane, it was the Englishman who broke an assist record last season, having teed up his teammate for four goals during the 5-2 win over Southampton back in September.

One of the best bargain buys in top-flight history, Andy Robertson continues to make his £7m fee look an absolute steal, having developed into the most dangerous and creative left-back in the Premier League.

Now a Champions League and league title winner, the Scotland skipper didn’t have an easy route to the top, starting his senior career in the lower divisions of Scottish football with Queen’s Park, before eventually reaching the Premier League with Hull City, via a stint with Dundee.

Having sealed the switch to Anfield in 2017, the attacking left-back struggled for game time in the early stages of his debut campaign, with the versatile James Milner favoured in that role, before gradually becoming a regular starter as Klopp’s men reached the Champions League final later that season.

After providing five league assists in that first year with Liverpool, Robertson really kicked into gear in the 2018/19 season, laying on 11 assists as the club narrowly missed out on the title, before adding a further 12 to his tally the year after as the Reds did eventually come out on top.

Much like teammate Salah and for the club as a whole, the last year was slightly underwhelming for the full-back, although he still managed to contribute seven assists in a season in which he was one of the few senior players in the side for a large chunk of the campaign.

While he now has genuine competition in the form of Kostas Tsimikas, who impressed at the weekend against Burnley in Robertson’s absence, the former Celtic youth team player is likely to be a continued presence on Merseyside for years to come after recently signing a contract extension.

Just pipping the Scotsman to second spot on this list is teammate and partner-in-crime Trent Alexander-Arnold, the youngster offering an equally as lethal presence down the right flank for Liverpool.

Even in a modern era of attacking full-back’s, it’s rare to have two who are so impactful, particularly the young Englishman, who continues to impress with his astounding passing range and ability to dictate play from his right-back berth.

There have at times been question marks over his defensive capabilities, yet they have no doubt been over-exaggerated, while it’s also hard to criticise a player who has such a consistent attacking output despite being a defender.

After making his debut during the 2016/17 campaign, the 22-year-old gradually earned his place in the starting XI, before truly igniting as an attacking force in the 2018/19 season, registering 12 league assists to break the record for the most by a defender in a Premier League campaign.

He then broke his own record as part of the Reds title win by recording 13 league assists, before matching teammate Robertson with seven assists last term, while also notably netting a stunning strike in the win over Aston Villa last season to end the club’s losing run at home.

Just two games into the new season, Alexander-Arnold already has an assist under his belt after teeing up Sadio Mane against Burnley at the weekend, while he’s also earned a recall to the Three Lions set up after missing Euro 2020 through injury.

Last, but not least, it’s no surprise to see Kevin De Bruyne topping this list, the Manchester City talisman having arguably been the best player in the division over the last few seasons.

Another to have been cast out by Chelsea in his early career, the Belgian ace returned to England to link up with City in a £50m deal back in 2015, going on to rack up 43 assists in his first three seasons at the Etihad, after providing just one assist in his three league games for the Blues.

Even with injury restricting him to just two assists in 19 league games during the 2018/19 season, his record since has been at such a level that he has more than made up for it, having recorded a joint league record tally – alongside Thierry Henry – of 20 assists during the 2019/20 campaign.

Not only did that see him become the first player to register 20 plus assists in a single season in two of Europe’s top five league’s – having also done so for Wolfsburg – he was also awarded the Premier League player of the year accolade, having also plundered 13 league goals.

He added to that with a further 12 assists last season as Pep Guardiola’s side romped to the title, ensuring he now has 78 top-flight assists in total, leaving him tenth on the all-time list.

Still just 30, the playmaker has plenty of time to move himself up the assists charts and is just two behind David Beckham in ninth, albeit with Ryan Giggs’ current record of 162 assists likely to take some beating.