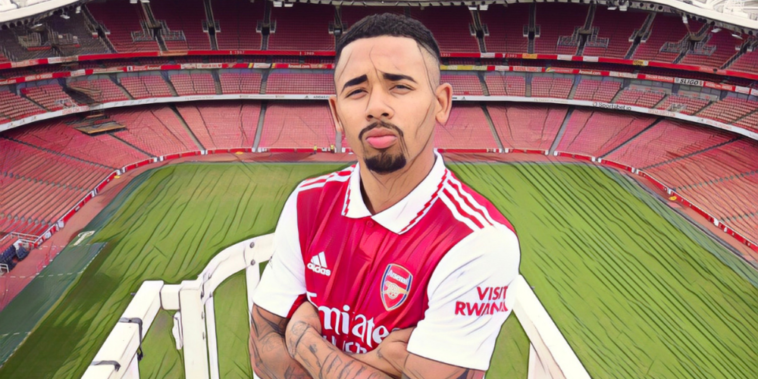 There’s been no shortage of brilliant Brazilians in the Premier League era, with English clubs having regularly invested huge sums in South American stars.

The current transfer window has already seen the likes of Gabriel Jesus and Richarlison swap clubs for significant fees, with Leeds’ winger Raphinha also linked with a big-money move as Premier League clubs look to buy Brazilian this summer.

Following those aforementioned deals we’ve decided to look at the most expensive Brazilians in Premier League history.

Joelinton became the most expensive player in Newcastle’s history in 2019, after the Magpies spent £40m to sign the Brazilian from Hoffenheim.

The versatile forward had impressed in the Bundesliga, but struggled following his initial arrival into the Premier League with a lone centre-forward role failing to bring the best from his talents.

Joelinton scored just two league goals during that maiden campaign, but a move to midfield during the 2021/22 season has since led to a remarkable resurgence.

The 25-year-old has thrived in a box-to-box midfield role for the Magpies and was named as the club’s Player of the Season last term for his all-action performances.

After being branded a flop upon his arrival into English football, he now looks set to be a key part of Newcastle’s ambitious project moving forward.

Gabriel Jesus’ move from Manchester City to Arsenal makes the forward the fourth most expensive Brazilian in Premier League history, having completed a £45m transfer to the Emirates.

Jesus was viewed as a long-term successor to Sergio Aguero at the Etihad, but failed to develop into the club’s first-choice centre-forward despite an impressive goal record.

The 25-year-old scored 95 goals in just 151 starts across all competitions for City and won four Premier League titles, though has decided on a new challenge at Arsenal in search of a more prominent role.

62% of Jesus's apps were starts – other 6 players started in at least 82% of their apps pic.twitter.com/HPL2QeO2j9

He ranks seventh in the Premier League for minutes per goal since his debut in January 2017, despite starting just 62% of his 159 league appearances for Pep Guardiola’s side.

Richarlison will be competing with Jesus for a place in the Brazil side at the World Cup in November, with the forward having also decided to switch clubs this summer.

The 25-year-old has signed for Spurs from Everton for an initial fee of £50m, though that figure could rise to a club record £60m with add ons.

Richarlison scored 53 goals in 152 appearances for Everton in all competitions, with his ability to feature across the frontline having persuaded Spurs to make their move this summer.

He has become the fourth arrival of a busy transfer window for the north Londoners, who have also agreed deals for Fraser Forster, Ivan Perisic and Yves Bissouma.

Fred ranks in as the second most expensive Brazilian in Premier League history, with Manchester United having parted with a sum of £52m to sign the midfielder from Shakhtar Donetsk.

United were reported to have beaten competition from Manchester City to secure the midfielder, though his time with the Red Devils has been mixed.

The 29-year-old has made 157 appearances for the club in all competitions, but has regularly found himself criticised during an indifferent period at Old Trafford.

He has, however, remained a regular presence for Brazil at international level, earning 27 caps.

Alisson became the world’s most expensive goalkeeper when signing for Liverpool in 2018, as Jurgen Klopp spent big in his pursuit of a new number one.

Alisson’s arrival was a transformative deal in Liverpool’s pursuit of major honours, with the Brazilian winning the Champions League in his debut season, before adding the Premier League the following campaign.

Further successes in the UEFA Super Cup, Club World Cup, FA Cup and League Cup have since followed, while Alisson is also a two-time winner of the Premier League’s Golden Glove.

One of the world’s best goalkeepers at present, he was named in the PFA Team of the Year in 2021/22.