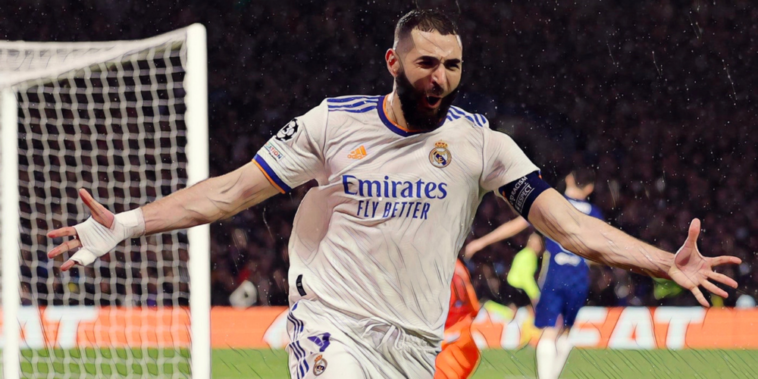 The Ballon d’Or ranks as the most prestigious individual accolade in world football, the coronation of a player as the planet’s finest talent.

Lionel Messi and Cristiano Ronaldo have dominated the award for more than a decade, with Messi winning a record-extending seventh accolade in 2021.

Neither of the all-time greats appear to be in contention this time around with a new name set to make history however, and we’ve decided to look at the five favourites to be crowned Europe’s best. Those who like playing with fate might consider trying to make a bet. The smart idea is to look for the trusted bookmakers, and the best and most convenient place to find them is https://bookmaker-ratings.in/.

Robert Lewandowski might just be the most unfortunate man in recent memory when it comes to the Ballon d’Or, having been among the favourites for the past two editions without earning a maiden success.

Lewandowski was the odds-on favourite to win the prize in 2020 after firing Bayern Munich to treble success, but the unprecedented cancellation of the gong in the wake of the pandemic saw the Poland international miss out.

.@lewy_official out in front all on his own ⚽️💰

Which of the top 5️⃣ scorers this season was most impressive? pic.twitter.com/2R2xrqD4Pa

Last year he broke the Bundesliga’s single season goal record with a phenomenal 41 goals from just 29 league appearances, but finished as runner-up to Messi whose Copa America success helped tip the vote in his favour.

The 33-year-old has continued to do what he does best this season in scoring goals at a stunning rate, netting 50 times across all competitions to finish as the Bundesliga’s top scorer for a fifth straight season.

However, he is distant odds to claim the Ballon d’Or after Bayern’s disappointing Champions League campaign.

Kylian Mbappe is another name who has dominated domestically this season, with the France international having finished as Ligue 1’s leading scorer for a fourth consecutive campaign.

Mbappe has remained Paris Saint-Germain’s leading light despite the arrival of Lionel Messi last summer, finishing top of the division for both goals and assists in 2021/22.

The 23-year-old’s 45 goal involvements (28G, 17A) in 35 league appearances helped PSG regain the title this season, whilst he was named as Ligue 1 Player of the Year for the third time in four seasons.

Already among the finest footballers in world football, he will perhaps need success on the European stage with PSG – where he has signed a new record-breaking contract after turning down interest from Real Madrid – to put himself in contention for the game’s greatest individual honours.

Mohamed Salah has made no secret of his desire to win the Ballon d’Or, revealing his ambition to join George Weah as the only African winners of the prize.

“I want to win it to join George Weah, the only African [in 1995],” the Liverpool forward told L’Equipe.

“It’s true that I was shocked by my ranking in 2021 (seventh). For this year, the defeat against Real Madrid is a disadvantage, even if I played a good game in the final.

“But it doesn’t cancel out everything I’ve achieved for months. Let’s wait for the vote. And if I’m not Ballon d’Or in 2022, I’ll do everything I can to be the next one.”

Just another season for Mo Salah 🤷

The Egyptian was the driving force behind Liverpool’s season, in which the Reds won a domestic cup double and finished as runners-up in both the Premier League and Champions League.

Sadio Mane is the second Liverpool player among the Ballon d’Or favourites with the forward ranked as 12/1 second favourite.

Mane’s chances were boosted after leading Senegal to a maiden Africa Cup of Nations triumph earlier this year, with the 30-year-old named as Player of the Tournament for his performances in Cameroon.

Mane also scored 23 goals in all competitions at club level as Liverpool won the FA Cup and League Cup, whilst he played an instrumental role in the Reds run to the Champions League final with goals in both legs of the semi-final win over Villarreal.

The forward is another who has discussed the lack of recognition for African footballers and admitted earlier this year that he would be ‘the most happy player in the world’ should he claim the award.

Speaking to Eurosport, Mane said: “For an African player not to have won the Ballon d’Or since George Weah it is sad for sure.

“For me, it would be even more special to have another bonus, which is the Ballon d’Or, and I would be the most happy player in the world. But for that, you guys [journalists] have to decide.”

Karim Benzema is the odds-on favourite to win the Ballon d’Or following a stunning season, with the Real Madrid forward have enjoyed the best season of his career in 2021/22.

Benzema has been arguably the most influential footballer in Europe last season, scoring 44 goals in 46 appearances across all competitions as Real Madrid won a La Liga and Champions League double.

The 34-year-old won a first Pichichi Trophy as Spain’s leading scorer this season and shone during the club’s incredible Champions League campaign. He led the tournament for goals with 15, scoring brilliant hat-tricks in wins over Paris Saint-Germain and Chelsea in the knockout stages.

He added a further three goals across two legs in the semi-final win over Manchester City, with his ten goals in the knockout rounds a joint-record.

Ageing like a fine wine, it would come as a major surprise if the Frenchman is not recognised as Europe’s finest footballer later this year.