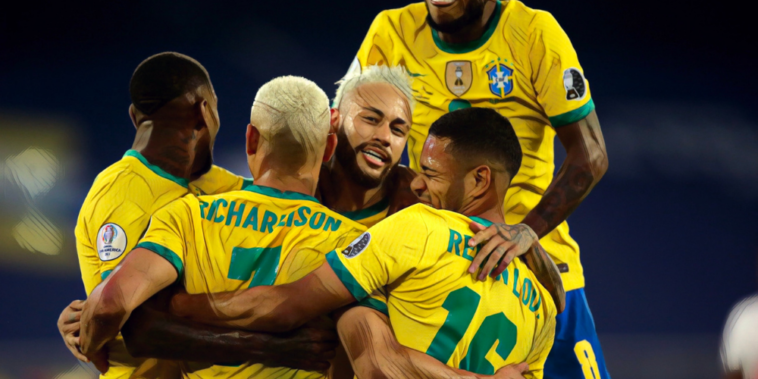 The Qatar World Cup is on the horizon with just months to go until the action kicks-off, with football’s biggest global event set to take place in the winter months.

World football’s leading sides are currently finalising their preparations for Qatar 2022 and Brazil, as ever, are among the sides heavily fancied to make an impression.

The record five-time winners will head to the Middle East as one of the tournament favourites as the South Americans seek to be crowned world champions for the first time in two decades.

We take a look at whether Brazil have what it takes to win in Qatar.

Those of you who like to keep up to date with the latest odds on the best betting sites like Betinireland.ie will be aware that Brazil are always amongst the favorites to lift International football’s most prestigious trophy.

However, before they even think about winning the tournament they need to earn the right to be there, with South America’s qualification process being notoriously arduous. Having said all that Brazil have made light work of a pathway that remains the most difficult in World Cup qualification.

Tite’s side have finished top of the standings in South America and are unbeaten in 17 fixtures, sitting six points clear of nearest challengers Argentina ahead of a final fixture against their great rivals on June 11.

Brazil have qualified for the 2022 World Cup 🔒

The highest scorers and boasting the best defence over the qualification period, the Seleção conceded just five goals on their route to Qatar and compiled an impressive goal difference of +35.

Their run has included a flawless record of eight wins from eight on home soil so far, scoring 4+ goals in victories over Uruguay, Chile, Paraguay and Bolivia.

Brazil boast one of the most talented squads in world football with a whole host of names who regularly star for European football’s biggest club sides.

Neymar remains the nation’s leading light and the Paris Saint-Germain forward has compiled an excellent record at international level, scoring 71 goals in 111 appearances for Brazil as the 30-year-old closes in on Pele’s all-time goals record.

The 30-year-old has better support than past tournaments in the shape of Premier League names such as Roberto Firmino, Richarlison and Gabriel Jesus, whilst Vinicius Junior has enjoyed a breakthrough season at Real Madrid and could star in Qatar.

Raphinha and Antony have also emerged in recent months to provide further depth in attacking areas, whilst Alisson and Ederson continue to compete in a battle for the number one shirt in goal.

Thiago Silva and Dani Alves provide invaluable experience despite their advancing years, but Eder Militao and Marquinhos will hope to take over from the former as a first-choice partnership at centre-back.

The experience Tite has been in charge of Brazil since 2016, following a long coaching career that has taken in spells at some of the nation’s biggest club sides.

He won two league titles, the Club World Cup and the Copa Libertadores during a successful spell at Corinthians, before leading Brazil to Copa America success on home soil in 2019.

Brazil finished as runners-up to Argentina in last summer’s Copa America, but will be confident of making an impression in Qatar under the nation’s longest-serving head coach this century.

World Cups staged outside of Europe have often seen South American nations thrive with the first eight non-European World Cups won by nations from the continent, with only the two most recent examples in South Africa (2010 – Spain) and Brazil (2014 – Germany) won by European sides.

How do the bookmakers’ fancy Brazil’s chances?

Despite a modest record since their 2002 World Cup triumph in Japan and South Korea, Brazil are considered among the favourites to win the trophy (9/2) in Qatar.

Brazil have reached the semi-finals just once since that victory, the infamous 7-1 defeat to Germany during a home World Cup in 2014.

Even given the tournament’s change to the winter months, temperatures are expected to reach between 28 and 30 degrees with high levels of humidity that could favour Southern Hemisphere sides.

Brazil boast quality, experience and depth in their ranks and a group stage draw of Switzerland, Serbia and Cameroon should pose few problems, despite the potential banana skins.

Reigning world champions France and an improving England are ranked as the biggest threats to Brazil’s chances.