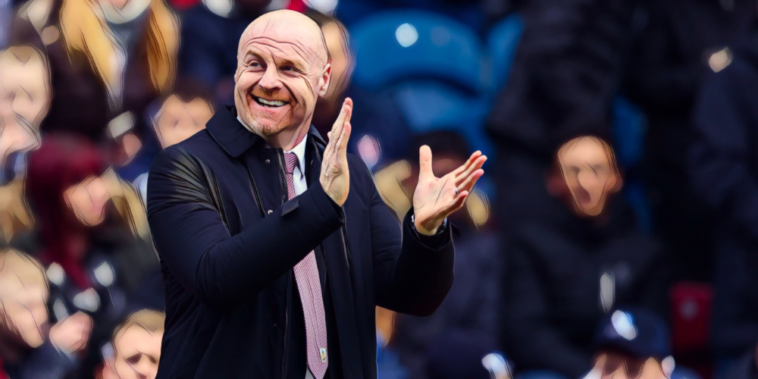 Brendan Rodgers’ position as Leicester manager appears under threat with the Foxes bottom of the Premier League after a winless start to the season.

Leicester have lost five consecutive Premier League games to sit bottom of the division, with a 5-2 thrashing at Brighton piling the pressure on their under-fire manager.

After the highs of FA Cup success and pushing for a top four finish in recent seasons, it’s been a sharp and disappointing decline for a team used to punching above their weight.

As Rodgers’ role comes under question, the race to replace his as the Foxes boss is heating up.

So for those of you who like to gamble online and are interested in casinos with top slots machines paying real money, here are the bookie’s favourites to become the next Leicester City manager.

Ole Gunnar Solskjaer remains without a role since leaving Manchester United last season, with the Norwegian’s reign at Old Trafford coming to an abrupt end after a disappointing start to the 2021/22 campaign.

Solskajer’s tenure with the Red Devils is one that has been difficult to assess. His arrival helped lift a toxic mood that had engulfed the club in the latter period of Jose Mourinho’s reign, though he was accused of shortcomings tactically.

However, finishes of second and third in the Premier League deserve credit, as does a run to the Europa League final in 2020/21. He spent three seasons at United with sporadic moments of success, but the jury remains out on how equipped Solskjaer is at top-level management.

Rafael Benitez is an experienced name who could steady a sinking ship at Leicester. The Spaniard has forged a reputation for producing results with a pragmatic approach, one which could be useful to a Foxes team who have continually shipped goals of late.

Benitez has been out of work since being sacked at Everton last season, with the ill-advised appointment of the former Liverpool boss backfiring.

The 62-year-old does boast a proven track-record of silverware having won major trophies – including the Champions League, FA Cup, La Liga and two Europa League titles – during spells at Valencia, Liverpool and Chelsea, while he has demonstrated an ability to work on a more restricted budget at Newcastle.

Marcelo Bielsa’s love-affair at Leeds came to an end last season, despite widespread disappointment from the club’s fanbase at his exit.

Bielsa had been the man to restore Leeds’ Premier League status after 16 years outside the top division and did so with a unique brand of football that endeared his side to the neutrals.

High pressing, man for man, murderball, translators, and his trademark bucket-seat on the sidelines, Bielsa and his Leeds team were often box-office viewing and for that he remains hugely popular at Elland Road.

Often brilliant, occasionally exploited, there’s no doubt Leicester would be in for a ride should the Argentine pitch up at the King Power Stadium.

Mauricio Pochettino has been priced at odds of 9/2 to take over at Leicester, making him the second-favourite to replace Rodgers.

Pochettino would represent a sizeable coup for the Foxes, given his experience at Tottenham and PSG and past links to the likes of Manchester United, Chelsea and Real Madrid.

After his shock departure from Tottenham in November 2019, he took charge of PSG in January 2021 but endured a largely unhappy period at the Parc des Princes despite Ligue 1 last season, as he juggled dressing room egos and Parisian politics.

A Premier League return has been mooted and with each of the Premier League’s top six appearing unrealistic avenues, a move to Leicester could suit the Argentine as he looks to return to prominence.

There’s the foundation of a fine side at Leicester in Wilfred Ndidi, Youri Tielemans, James Maddison and Harvey Barnes. Pochettino could be the coach to turn the Foxes back into the team most likely to break through the Premier League’s glass ceiling.

Sean Dyche is the 2/1 favourite to become Leicester’s new manager and has been out of work since his near-decade long spell at Burnley ended in April.

Dyche won admirers for keeping Burnley in the Premier League for several seasons on a shoe-string budget, often using a no-nonsense approach to earn top-flight results.

There is no doubt a sense of intrigue at what Dyche could achieve with more resources and a better standard of talent, with the core of Leicester’s squad one that will appeal to the 51-year-old as he plots a Premier League return.

In Sean Dyche's first masterclass, he talks us through how his #BurnleyFC team beat Liverpool at Anfield for the first time in 68 games, and explained his defensive approach and 'crunching the pitch'… 🟣👏#TwitterClarets

He was linked with the role in both 2017 and 2019, with the club’s ownership long-term admirers of the ‘Ginger Mourinho’.