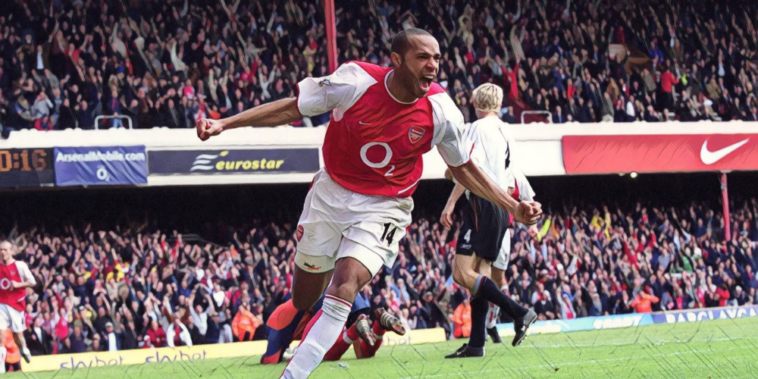 The European Golden Shoe is one of the most prestigious individual accolades in the game, an award handed to the leading goalscorer among the top divisions from across the continent.

Added weight is awarded to goals in stronger European leagues, with the accolade one that is keenly contested by the game’s greatest goalscorers each season.

Erling Haaland is the current leader for the prize after an electric start at Manchester City and the Norwegian is bidding to become just the fifth Premier League player to claim the award.

Here are the Premier League players to win the European Golden Shoe.

Kevin Phillips became the first Premier League player to win the award, following an extraordinary season in which the Sunderland striker went goal-crazy.

Sunderland had been promoted the previous season, but competed for a place in Europe as Phillips’ goals propelled the Black Cats to seventh in the Premier League table.

His partnership with Niall Quinn proved one of the great ‘little-and-large’ duos, as Phillips finished seven goals clear of Alan Shearer to win the Premier League’s Golden Boot. No player in Europe could match his 30-goal haul, which saw the forward become the first – and so far only- Englishman to win the European Golden Shoe.

That Phillips achieved the feat at Sunderland is all the more remarkable. For context, only Jamie Vardy (Leicester) has won the Premier League’s Golden Boot from a non-top six club since the turn of the millennium.

It was the first time since 1984 that a player representing an English club had finished as Europe’s leading scorer, when Ian Rush topped the rankings for Liverpool.

Thierry Henry added the European Golden Shoe to an extensive collection of individual honours in 2003/04, after his 30 goals inspired Arsenal to the Premier League title.

Henry won the second of his four record-breaking Premier League Golden Boot awards, with his goals leading the Gunners to their infamous ‘Invincibles’ campaign as Arsene Wenger’s team completed an entire league season without defeat.

Henry’s 30 goals was his best-ever return in a Premier League campaign and saw him finish ahead of Werder Bremen forward Aílton (28) to win the European Golden Shoe. Djibril Cisse (26), Ronaldo Nazario (24) and Andriy Shevchenko (24) were the other leading scorers across Europe’s major leagues.

Henry retained the accolade the following season, in a campaign which saw the Arsenal icon hit 25 goals in the Premier League.

The France international became the first footballer to win the European Golden Shoe in consecutive campaigns, a feat since matched by only Lionel Messi, Cristiano Ronaldo and Robert Lewandowski.

He became the sixth player to win the award twice, joining legendary figures of the game including Eusebio and Gerd Muller.

It was also just the second time the award was shared after Villarreal’s Diego Forlan also scored 25 goals. The previous occasion came in 1989/90 when CSKA Sofia’s Hristo Stoichkov and Real Madrid forward Hugo Sanchez were the joint winners.

Ronaldo scored 42 goals in all competitions as United won a Champions League and Premier League double in 2007/08, 31 of which came in the league as he claimed the division’s Golden Boot.

His 31 league goals was a joint-record for a 38-game Premier League season at that time and enough to see him win the European Golden Shoe ahead of Daniel Güiza of Mallorca and Ajax’s Klaas-Jan Huntelaar.

Luis Suarez is the most recent Premier League winner of the European Golden Shoe, having claimed the award during the 2013/14 campaign.

Suarez missed the first five games of the season through suspension before embarking on one of the Premier Leagues great individual campaigns. He scored 31 league goals – none of which came from the penalty spot – and laid on a further 12 assists in 33 league games, as Liverpool narrowly missed out on the Premier League title.

The Uruguayan shared the European Golden Shoe accolade with Cristiano Ronaldo, who hit 31 goals of his own for Real Madrid.

Recognised as the PFA Player of the Year and FWA Footballer of the Year at the end of the campaign, it proved his final season in English football as Suarez signed for Barcelona in a £75m deal in 2014.

He won a second European Golden Shoe during the 2015/16 season, after scoring 40 goals in just 35 league games for Barcelona. That win meant Suarez was the only player to win the award outright between 2010 and 2019, outside of Cristiano Ronaldo and Lionel Messi.