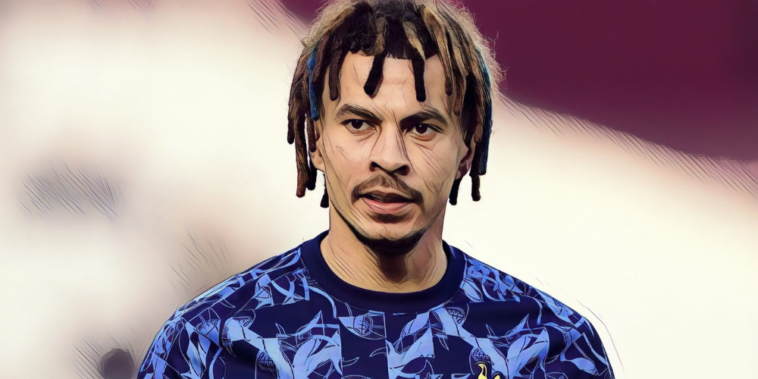 Dele Alli finds himself at a career crossroads at Tottenham with the midfielder out of favour once again in north London, a succession of managers having overlooked a player who was once integral for club and country.

Alli’s fall from grace has been spectacular in recent seasons, having burst onto the scene at Spurs to become arguably English football’s most exciting young talent, before becoming a forgotten figure and looking a shadow of the player who won back-to-back PFA Young Player of the Year accolades.

Still just 25, a change of scenery appears needed for Alli who has been an unused substitute in each of Antonio Conte’s opening two fixtures in charge, with the January transfer window potentially providing the midfielder with a much-needed fresh start.

So for those of you interested in the best sports betting sites for Hungarians, here are the five favourites to sign Dele Alli from Tottenham.

Southampton’s pursuit of a central midfielder was well-documented during the summer window, though Ralph Hasenhuttl ultimately failed to find the right player to add to his options at St Mary’s.

The Saints could move for Alli as interest in a midfielder resumes during the winter window, a switch that could provide the 25-year-old with regular first-team football at Premier League level.

Hasenhuttl has previously been compared to former Southampton manager Mauricio Pochettino and a similar style of football could help Alli rediscover his finest form, having enjoyed the best period of his career under the latter in north London.

Aston Villa are preparing for a new era under the management of Steven Gerrard, with funds potentially set to be available for the new boss as he bids to ensure Villa move away from the Premier League’s relegation places.

Midfield has been an issue for Villa across the season’s opening weeks, with a lack of depth having contributed to the five successive defeats that spelled the end of Dean Smith’s tenure.

Villa have been linked with another Spurs outcast in Harry Winks, though the prospect of trying to coax the best from Alli could appeal to Gerrard, with the 37-cap England international having shown previously his ability to break forward and score goals from midfield.

Paris Saint-Germain are third-favourites to sign Alli, with the presence of Mauricio Pochettino at the Parc des Princes making a move to the Ligue 1 giants a viable scenario.

Pochettino signed Alli as a teenager at Spurs and oversaw his progression to Premier League star, the latter winning successive PFA Young Player of the Year accolades and scoring a career-best haul of 18 league goals during 2016/17 season.

Alli has failed to reach those heights in the seasons since and a move away from the glare of the Premier League spotlight could benefit a player short of the trademark confidence that defined his initial emergence.

The opportunity to sign for a club with genuine aspirations of Champions League success would be almost impossible for Alli to refuse, if Pochettino is prepared to gamble on a former talent who has lost his way in recent campaigns.

Rangers have been tentatively linked with Alli in the media and the bookmakers have made the Scottish champions 5/1 second favourites for his signature, another transfer that would unburden the Premier League pressure from the struggling star’s shoulders.

Whilst representing a significant step down in terms of the league’s quality, a move to Rangers – perhaps on a temporary basis – would provide Alli with a chance to score goals, win titles and regain confidence north of the border.

Steven Gerrard’s exit from Ibrox adds uncertainty to a potential move and much could depend on who is named as the now Aston Villa manager’s replacement, with Giovanni van Bronckhorst the favourite to be appointed.

Newcastle’s new ownership are ready to invest in the squad this winter, as the Magpies look to move away from relegation concerns and build a side capable of challenging England’s elite.

Since the announcement of the club’s Saudi-backed takeover, Newcastle have been linked with a multitude of players and Alli fits into a profile of player who is both attainable and can improve the side in the immediate.

Joe Willock has struggled to replicate the prolific loan performances that prompted a £25m move to St James’ Park during the summer and Alli would add another forward-thinking midfield option to Eddie Howe’s squad.

Regular first-team football among the exiting environment of Newcastle’s new era could be the fresh start Alli’s career needs, the midfielder in desperate need of a kick-start to his faltering fortunes.