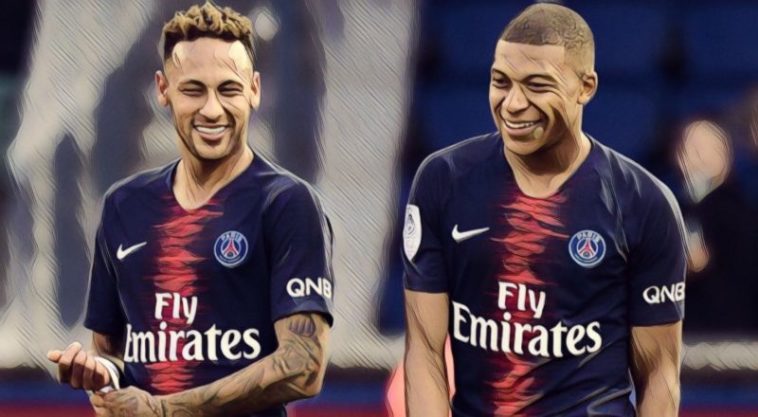 Atletico Madrid’s stunning £113m capture of Benfica forward Joao Felix catapulted the talented teenager into the list of most expensive transfers of all-time.

It is yet another extraordinary fee in the ever-increasing world of transfers, with football finances seemingly yet to hit their ceiling.

Mega-money moves certainly bring much anticipation, but how many of the world’s most expensive transfers can be deemed a success?

A deal, and transfer fee, which shocked European football in the summer of 2017, when seemingly anything went in the madness of the transfer market.

Neymar’s defection to Paris Saint-Germain (more on that to come), saw Spanish giants Barcelona seek a replacement for the Brazilian’s creativity in wide areas.

The hierarchy at the Nou Camp settled on talented French winger Dembele, the 20-year-old having shone by netting 21 assists in his sole season at Borussia Dortmund.

Dortmund were unwilling to part with the highly-rated star easily, eventually accepting a fee of £96m, a huge profit on a player acquired from Rennes for just £1o million 12 months prior.

Dembele’s time at the Nou Camp has been stop-start, which injuries hampering much of his two-year spell in Spain. In 2018/19 he scored eight times in 20 league starts for the La Liga champions, whilst providing a further five assists.

Back-to-back titles have been won since his switch, however, he has failed to establish himself as a regular or key component in the Barcelona side. At 22, time is on his side, though speculation continues to link him with a potential move away.

Barcelona the big-spenders once more, landing Liverpool star Philippe Coutinho in January 2018 after a lengthy pursuit. The deal, an initial fee of £105m which could rise to £142m, was the biggest ever sale by a Premier League club and lifted the Brazilian alongside some expensive company.

Having established himself as one of English football’s leading talents during a five-year stay at Anfield, the playmaker’s creativity and deft touch were seen as ideally suited to the style of the Catalan side.

The move has not quite worked out as hoped, with Coutinho often the target of criticism following a series of indifferent displays. His Barcelona career began brightly, scoring eight goals in 18 appearances in the second half of his first campaign to help the club to the La Liga title.

However, his levels dipped in his second season, scoring just five times in 22 league starts. He was hooked after an hour of Barcelona’s Champions League capitulation to former side Liverpool, with reports suggesting he could be sold this summer to fund Barca’s ambitious transfer plans.

Just a few seasons ago, the thought of spending £100m on a player would have been deemed absurd by those in football circles. Fast forward to 2019 and Atletico Madrid, not exactly notorious for lavish spending, have just spent £113m on a teenage forward who has played just a year of senior first-team football.

The emergence of Joao Felix attracted the interest of several of Europe’s leading clubs, with Atletico eventually winning the race to sign the talented teenager.

Having broken through at Benfica, Felix would go on to score 20 goals in all competitions as the Lisbon side were crowned champions of Portugal. A further 11 assists further highlighted his potential, however, the fee remains staggering.

Atletico have a rich history of signing and developing forward talent, a production line which has seen the likes of Sergio Aguero, Diego Forlan, Radamel Falcao and Diego Costa don the famed red and white stripes.

It is too soon to judge whether Felix’s signing will prove to be another smart acquisition for the Spanish side, though he certainly possesses elite potential.

There are players who could only dream of having the career that Kylian Mbappe has enjoyed. Three Ligue 1 titles and a World Cup winner, having scored in the final and named as France’s Player of the Year, his list of accolades is quite impressive.

Then you remember that he is still just 20-years-old.

Few players have burst onto the scene as impressively as the French forward, who seems to be on an unstoppable trajectory to becoming the world’s best player.

Having shone in the young Monaco side which surprisingly won Ligue 1 and reached the Champions League semi-finals, French rivals PSG decided to splash £160m to take Mbappe to the capital.

A huge fee, though one that is surely set to be vindicated in seasons to come, if it hasn’t already. Initially signed on-loan, his first season saw him score 21 goals in all competitions as PSG secured the title.

From there, he has continued to improve. A stunning season saw him crowned as the division’s best player, having finished as top scorer with a remarkable total of 33 league goals in 29 appearances. Further strikes in cup competitions saw his total finish at 39, an incredible tally for a player barely out of his teens.

PSG’s investment looks likely to reap rewards, so long as they can keep the forward out of the clutches of Europe’s elite. The heir apparent to the Ronaldo/Messi dynasty as the world’s finest, Mbappe’s potential remains frightening.

It was, and remains, an incredible fee for one player, though PSG hoped Neymar’s ability and status could help elevate the club’s ambitious project.

Neymar’s French adventure began promisingly, scoring almost a goal a game to be crowned Ligue 1 Player of the Year as PSG won a domestic treble.

His second season was less successful, with injuries and several controversies, including appearing to punch a spectator, hindering his impact.

On the pitch he remains incredibly influential, having scored 34 goals in 37 Ligue 1 appearances since his record-breaking move, however, there is a feeling Mbappe has superseded him as PSG’s talisman.

Neymar was brought to Paris to win the Champions League and in the process increase his own chances of winning the Ballon d’Or, but he has only managed two appearances in the knockout stages of Europe’s premier club competition.

Reports have suggested he could return to Barcelona, with his impact perhaps not quite what PSG had hoped for.