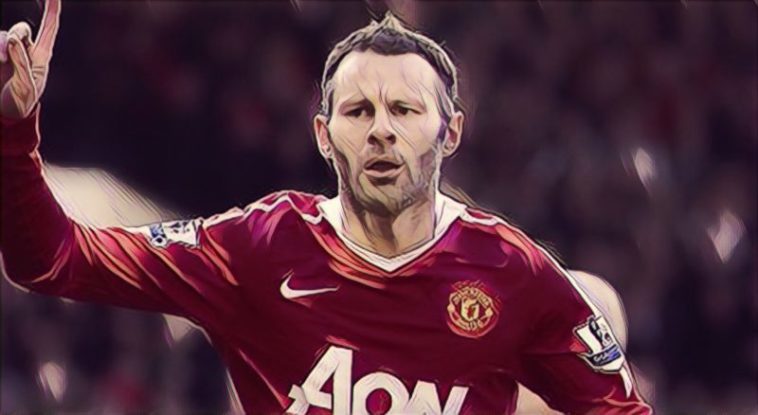 The Premier League is often regarded as the most competitive domestic competition in world football and a league where only the game’s elite can truly thrive.

Representing one of English football’s leading clubs is a pressured environment and the intensity of the Premier League makes the achievements of this select group even more remarkable, the players who have made more appearances than any other player for their respective clubs.

Anderton’s career may have been plagued by injuries and earned the winger the unwanted nickname of ‘Sicknote’, but the former England international has still represented Spurs on more occasions than any other player.

In truth, the overriding memories of Anderton as an injury-ravaged star are a disservice to an excellent player when at full fitness, working in tandem with Teddy Sheringham during the early years of the Premier League era and becoming a regular at international level.

The winger attracted interest from Sir Alex Ferguson’s Manchester United before ultimately staying at Spurs, spending 12 years with the club after arriving from Portsmouth in 1992 and making 299 league appearances.

David Silva’s decade at Manchester City will draw to a close at the end of the season, though the midfielder’s place in the club’s history is all but assured following a glittering ten-year career at the Etihad.

No player has represented the club on more occasions in the Premier League than the diminutive Spaniard, a player many regard as the greatest to have adorned the blue shirt.

The Spaniard has played a hugely influential role in City’s rise to the summit of English football, helping end the club’s 35-year trophy drought during his debut season before winning a further ten major honours – including four Premier League titles.

Silva reached 300 Premier League appearances for the club earlier this season and will hope to add more to his total before his departure at the end of the campaign – if and when the season can resume.

Affectionately nicknamed the ‘Romford Pele’, Parlour first broke into the Gunners’ first-team in the final pre-Premier League season before establishing himself as a key figure for the north London side.

Arguably the last of a dying breed and of the Arsenal old guard, the midfielder spent over a decade with the club and cemented himself as a fans’ favourite, featuring regularly for a succession of managers and winning three league titles amongst his nine major honours.

Parlour retired after the latter of those league title successes, forming part of the ‘Invincibles’ side that completed an entire league season without defeat under Arsene Wenger in 2003/04.

Captain, Leader, Legend – Terry’s place as a Chelsea great is undisputed after becoming the most successful captain in the club’s history and arguably the greatest central defender of the Premier League era.

Terry rose from within the club’s academy ranks to establish himself as a key figure at the west London side, leading the club into a new era amid Roman Abramovich’s billionaire investment as the Blues enjoyed a rapid rise into the elite.

Named as the PFA Player of the Year during the club’s drought-ending title success in 2005, Terry would be part of the side that conceded an all-time record low of just 15 Premier League goals that season, remaining one of just three defenders alongside Paul McGrath and Virgil van Dijk to be crowned as the division’s best player during the Premier League era.

The defender finished his career with five league titles amongst his 15 major honours, whilst he also made a club record 492 Premier League appearances for Chelsea.

One of the division’s great one-club men, Carragher spent his entire playing career in the red shirt of Liverpool, playing a key role in the Reds’ modern successes and making a club record 506 Premier League appearances.

The Bootle-born defender honed his talents in the club’s academy system before making a first-team debut in the late nineties, initially filling a variety of roles across the backline before cementing his position as a centre-back following Rafael Benitez’s arrival in 2004.

Carragher had helped the club to a cup treble three years earlier before lifting the Champions League and FA Cup under the Spaniard, his 747 appearances in all competitions second only to Ian Callaghan in club history.

His full-blooded commitment to the cause and consistency ensure he remains a hugely popular figure amongst the Liverpool faithful.

The Welsh winger enjoyed an unprecedented career of longevity and success at the highest level, becoming the most decorated player in the history of English football during a golden era at Manchester United under Sir Alex Ferguson.

Giggs burst onto the scene as a teenager and remained at Old Trafford throughout an incredible career that saw him play past his 40th birthday, his 13 league titles an achievement many feel will never be surpassed.

The winger spent the entirety of his glittering career as a United player and racked up a club record 632 Premier League appearances, with only former Aston Villa and Manchester City midfielder Gareth Barry having played more times in the league’s history.

A generational talent who spent over two decades winning silverware at one of the world’s biggest clubs, players such as Giggs simply do not come along very often.