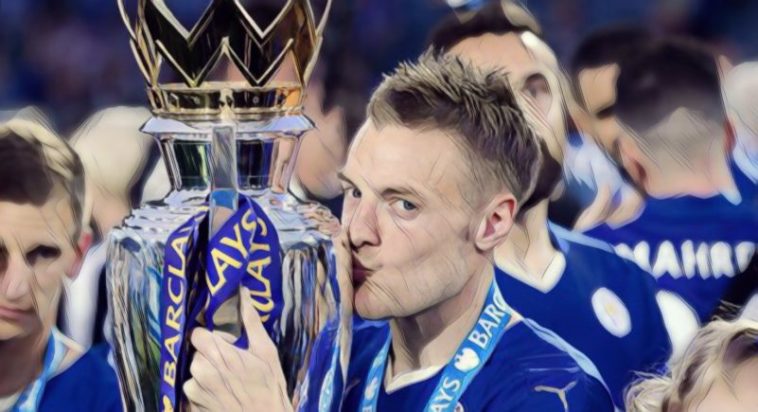 That said, there have been instances of several Premier League stars who have taken unorthodox routes to the summit of English football. We’ve decided to take a look back at some of the division’s best success stories, those who have emerged from the most unheralded of footballing backgrounds.

Having been dropped by boyhood club Liverpool and then released by Blackpool as a youngster, Lambert spent the majority of his career in the lower divisions turning out for clubs such as Macclesfield Town, Stockport County and Rochdale.

He would spend the summer of 2001 working in a beetroot factory, before Macclesfield took a gamble by offering him £50-a-week in travel expenses.

He would slowly develop his game at Moss Rose and later Stockport, before a fine goalscoring record at Rochdale earned him a switch to Bristol Rovers where his career really began to take off.

Lambert scored 51 league goals in 128 appearances for the League One side, prompting Southampton to sign the then 27-year-old forward for an eyebrow raising £1m after their own slip into the third tier.

Lambert would prove the catalyst behind back-to-back promotions for the South Coast club, hitting 117 goals in 235 appearances during his five-year spell at the club. That form saw his career come full circle, rejoining boyhood club Liverpool in 2014.

Whilst the move may not have worked out, it was a dream come true for the Liverpool local who also earned senior international recognition, memorably scoring with his first touch for England against Scotland in 2013.

Another born goalscorer, Austin scored prolifically in non-league football for Kintbury Rangers, Hungerford Town and Poole Town, his form at the latter persuading Swindon to gamble on the predatory forward.

Prior to his 2009 move, Austin worked as a bricklayer for his father’s building firm, the forward believing his chance in football had gone after being rejected by Reading aged 14.

Austin would handle the step-up to Swindon and League One admirably, scoring 31 goals in 54 league games for the club to earn a move up another division to Burnley. Another prolific spell would earn him a switch to divisional rivals QPR, who he would fire to promotion to the Premier League.

He would score 18 goals as the club were relegated the following season, proving he belonged at Premier League level. A move to Southampton would follow, where he would spend four seasons before joining West Brom in 2019.

The only player in football history to have played in the World Cup, Champions League, UEFA Cup, Intertoto Cup, all four divisions of English football and the Conference, former Ireland full-back Finnan’s career saw him perform reliably across a host of competitions.

Beginning his career at non-league Welling Town, Finnan would represent the likes of Notts County, Birmingham and Fulham before a successful five-year spell at Liverpool.

At Anfield he would win the Champions League and FA Cup, whilst he also earned 53 caps for the Republic of Ireland in a successful international career.

Spotted by QPR whilst playing for non-league side Hayes pre-Premier League, Ferdinand would go on to become one of the division’s most prolific goal-getters during a distinguished career.

Ferdinand began his career at non-league AEL before moving to Southall and then Hayes, before QPR gambled on his ability and signed him for £30,000 in 1987.

‘Sir’ Les would go on to score 149 Premier League goals and earn 17 England caps, his finest season coming with Newcastle in 1995/96, scoring 25 goals to be named as the PFA Player’s Player of the Year.

Vardy’s meteoric rise has been well documented, having risen from part-time football to Premier League title-winner and record breaker at Leicester City.

Released by boyhood club Sheffield Wednesday, Vardy would turn out for Stocksbridge Park Steels and F.C. Halifax Town before earning a move to ambitious Fleetwood Town.

Just one prolific season with the seaside club attracted Leicester’s interest, who signed the forward to boost their hopes of promotion from the Championship.

Vardy would help the Foxes secure a return to the top flight, before playing a crucial role in arguably the greatest sporting story of all-time. Having narrowly avoided relegation the previous season, rank outsiders Leicester would shock world football by winning the Premier League, with Vardy scoring 24 goals.

That total included a Premier League record of scoring in 11 consecutive games, the forward being named as the FWA Footballer of the Year and Premier League Player of the Season.

Now 33, Vardy has been the spearhead of Leicester’s run toward’s Champions League football this season, and the former England international’s brace against Crystal Palace today saw him move clear in the race for the Golden Boot. Vardy’s double against the Eagles also saw him make his long-awaited entry to the Premier League 100 club, a remarkable achievement when you consider he did not make his top-flight debut until just shy of his 28th birthday.

Read Also: From Ronaldinho to Ruben Neves – Five of the best goals in off the woodwork