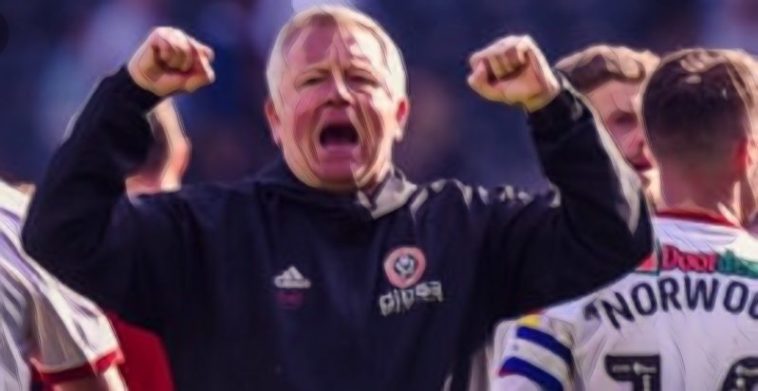 The 2019/2020 Premier League season will be as eagerly anticipated as any in its illustrious history, with fans of the 20 clubs full of optimism ahead of the new campaign.

However, the season will finish with three teams disappointed, relegated from the Premier League millions and into the second tier after a year of struggle.

So for those of you who enjoy spending time on betting sites, we’ve taken a look at the odds for the five favourites to experience the dreaded drop into the Championship at the end of next season…

Founding members of the Premier League and ever-presents until their relegation in 2016, the 1982 European champions are back in the big time after beating Derby County in May’s Championship play-off final.

Somewhat of a sleeping giant, the Midlands side have pedigree at this level and should be able to attract enough talent to remain in the top flight.

Dean Smith transformed the side having replaced the sacked Steve Bruce in October, with a 10 game winning streak towards the season’s end catapulting Villa into their successful play-off campaign.

Smith has already begun strengthening his squad, having spent over £40m on five new additions so far this summer. Kortney House and Anwar El Ghazi have arrived on permanent deals following successful loan spells last season, whilst attacking midfielder Jota has signed on a free transfer from local rivals Birmingham.

Southampton’s Matt Targett signed to bolster the club’s full-back options, though the club’s marquee addition is the £22m club-record deal for Brazilian forward Wesley from Belgian side Club Brugge.

Much may depend on whether the 22-year-old can replace the goals of last season’s 26-goal top scorer Tammy Abraham, who has returned to Chelsea following his loan spell.

Jack Grealish will be key to Villa’s hopes of survival, the academy graduate having matured since being handed the captaincy and will be keen to prove he can be just as effective at the highest level.

Brighton survived by just two points last season, finishing 17th after a season of struggle. The club’s reaction to a disappointing campaign was to sack manager Chris Hughton, who had helped guide the Seagulls to promotion in 2017 and establish them in the Premier League.

The club have since appointed former Swansea City boss Graham Potter as their new manager, the 44-year-old having impressed the club’s hierarchy during his sole season in South Wales having previously managed in Sweden.

Potter’s appointment is a gamble due to his lack of Premier League experience, and the former West Brom player will need to strengthen his squad if Brighton are to survive.

The club’s defence of Lewis Dunk and Shane Duffy remains solid, however, they remain reliant on 35-year-old Glenn Murray for goals with the likes of Jurgen Locadia and Florin Andone having failed to convince.

The club’s recruitment has begun with the signing of Portsmouth defender Matt Clarke and the £18m arrival of winger Leandro Trossard, who shone for Belgian champions Genk last season.

Brighton will hope Trossard can have a better impact than last season’s marquee addition Alireza Jahanbakhsh, who failed to score in 19 Premier League appearances after his £17m arrival from AZ Alkmaar.

Only the three relegated teams scored less than Brighton’s 35 Premier League goals last season, improving this statistic will be key to their hopes.

Having qualified for the Europa League following a superb season in 2017/18, Burnley nosedived last time around to finish 15th. Sean Dyche’s side were in real danger of relegation before turning their form around, and the Clarets will be keen to avoid a similar situation next season.

Dyche has typically targeted British talent when looking to add to his squad and could do so again this summer, though the club have been linked with Marseille’s Argentine winger Lucas Ocampos.

Dyche will want his side to revert back to the team who were so difficult to beat in the 2017/18, having conceded 29 more goals than the previous campaign last year.

Forward partnership Chris Wood and Ashley Barnes remain a handful for any opposition defence, whilst the emergence of teenage winger Dwight McNeil was a highlight in a disappointing season.

Burnley will again have to be sensible within the transfer market, though they will need an injection of top-level quality if they are to avoid another season of struggle.

Norwich surprised everyone by marching to the Championship title, with the board’s patience with Daniel Farke paying dividends as the German guided the Canaries back to the Premier League.

Farke’s side scored 93 goals as they romped to promotion, and will hope the likes of 30-goal top scorer Teemu Pukki can replicate his form in the second tier as they make the step up to the Premier League.

Norwich’s squad possesses a balance of promising, young talent and savvy recruitment from foreign markets, which could give them a surprise factor as they make their top-flight return.

Their record of 57 goals conceded in 46 Championship games will need to be improved, and Farke could look to strengthen his defence this summer.

Recruitment has already begun with the loan signing of Manchester City winger Patrick Roberts, who will be looking to reignite his career following a disappointing spell in Spain with Girona. Roberts shone during a previous temporary loan spell at Celtic and the 22-year-old remains an exciting talent.

Swiss international Josip Drmic has also arrived on a free transfer from German side Borussia Monchengladbach and could prove another smart acquisition for Farke, who has enjoyed previous success in his native German market.

Drmic has pedigree at the highest level, the 26-year-old having scored 10 goals in 32 appearances for the Switzerland national side.

Another team who surprised in achieving promotion, Sheffield United are back in the Premier League after a 12-year absence which included several seasons in League One.

Boyhood Blade Chris Wilder has guided United to two promotions in three seasons, and will be keen establish the Yorkshire side amongst English football’s elite.

The unassuming underdogs set up in an unorthodox 3-4-1-2, with emphasis on the right and left centre-backs coming forward in possession and joining the attack. It’s unusual, but it is a system which has brought great reward.

Despite seeming like a risky strategy, with your defenders bombing forward, United actually had the joint-best defensive record in the Championship last season.

Wilder could perhaps look to strengthen his forward line this summer. Despite Billy Sharp and David McGoldrick firing 38 goals between them last season, the duo are both the wrong side of 30 and an injection of youth could help their bid for survival.

Midfielder Luke Freeman is tipped to join following an impressive season with QPR, whilst former Manchester United midfielder Ravel Morrison is currently training with the club.

The enigmatic playmaker was hailed by Sir Alex Ferguson as the ‘best young player he had ever seen’ but off-field issues have seen him endure a nomadic career. Still just 27, Morrison could prove an inspired signing if Wilder can coax the best from a mercurial talent.